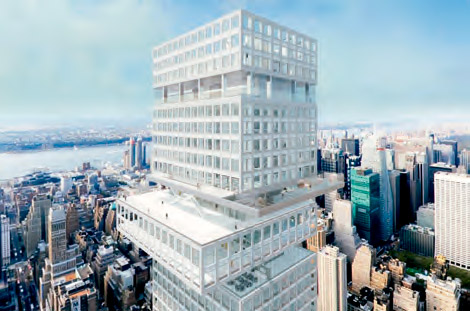 The Metropolitan Transit Authority (MTA) is proceeding with plans to add elevators at several train stations, THE CITY reported in December 2020. While COVID-19 has been blamed for the stalling of planned accessibility upgrades at more than 50 other stops, the agency tapped federal grant money that had to be used in 2020 to install 17 elevators. Grant money that had been planned to route Metro-North trains into Penn Station will instead go toward accessibility in Queens (Beach 67th Street), the Bronx (East 149th Street), Manhattan (Dyckman Street), Brooklyn (7th Avenue, Grand Street and Metropolitan Avenue/Lorimer Street) and Staten Island (New Dorp).

The lack of funding for the authority’s US$51-billion capital plan has been held by “the constraints of this incredible financial crisis on all of our huge priorities,” MTA Chief Development Officer Janno Lieber explained. While these latest installations with a 15-year maintenance contract will cost US$161 million, that figure is a savings of more than US$400 million from MTA’s initial projection. The source said the reason is that MTA has chosen machine-room-less elevators that will not require excavation and underground utility relocation. Construction on the first two elevators is set to begin as soon as May.

NYCHA to Upgrade 16 Buildings, Including Elevators

The NYC Housing Authority (NYCHA) has teamed up with private developers and public entities to renovate 16 public housing buildings around Manhattan, work that will include upgrading elevators, New York YIMBY reported in December 2020. Working through an ongoing consortium known as Permanent Affordability Commitment Together (PACT), NYCHA announced a plan valued at US$271 million to address an aging portfolio of affordable-housing properties, including 1,718 apartments. The plan will include the involvement of several developers, to whom the properties will be leased. They will then make the repairs to the buildings and serve as property managers.

Renderings have been released showing new, greater detail of Tower Fifth, a proposed office tower that, at 1,556 ft, would be NYC’s tallest building by roof height, New York YIMBY reported in November 2020. The tower would go up on East 51st Street between Madison and Fifth avenues, a site that places it directly north of St. Patrick’s Cathedral. The new renderings of the project, which is being developed by Macklowe Properties, show a tower sitting atop a narrow pedestal that rises nearly 400 ft, with the main tower featuring a regular grid of windows. A podium would house entrances to the elevator cores, a retail and food market, an atrium with expansive seating areas and a three-story auditorium. The eighth floor would house a wellness center with an indoor swimming pool and track, and the 40th floor would have a sky lobby. The most prominent feature is the building’s “Sky of The Americas” observation deck placed 1,451 ft above street level, making it the highest deck in the U.S. and second-highest in North America, after CN Tower in Toronto.

Construction Launches on One Madison Avenue

Construction has begun on One Madison Avenue, a 1.4-million-ft2 office building planned in NYC’s Flatiron District, New York YIMBY reported in November 2020. The project, located at Madison Avenue and East 23rd Street, will involve redeveloping an existing 13-story building into a 27-story, Class-A office tower. Being developed by SL Green and designed by Kohn Pedersen Fox, One Madison Avenue will place the vertical addition, holding 530,000 ft2 of space, atop a nine-story podium. Amenities will include large outdoor terraces on the 10th and 11th floors, a 15,000-ft2 artisanal food market, a 9,000-ft2 tenant lounge, a three-level fitness center and bicycle storage. The building is targeting WELL certification and a Leadership in Energy and Environmental Design Gold rating. A construction timeline was not reported.

Demolition was continuing to make way for a commercial tower, New York YIMBY reported in December 2020. The 672-ft-tall, 52-story tower designed by Skidmore, Owings & Merrill will bring residential, retail and hotel space to the site at 12 West 57th Street in Midtown Manhattan. Preliminary renderings show a slender black glass structure above a white glass and marble podium. Site preparation calls for the demolition of three buildings, with one that had already been razed. The building will have 80 residences spread across 202,738 ft2, plus 180,396 ft2 dedicated to the hotel and retail use. The project is being developed by Sheldon Solow of Solow Management Corp., who filed permits in 2019. No construction timeline has been announced.

New York YIMBY reported in November 2020 that new renderings show the design of 69 Adams Street, a 26-story, 280-ft-tall mixed-use tower in the DUMBO neighborhood of Brooklyn. The 308,145-ft2 project, designed by Fischer + Makooi Architects and developed by The Rabsky Group, will hold 225 residential units ranging from studios to two-bedroom layouts, plus ground-floor retail and 90 parking spaces. Renderings depict a tight grid of compact bay windows spread over the majority of the façade, topped by a tiered glass crown. The project will be notable for greenery, including hanging plants around the midpoint of the superstructure. Below this, the curtain wall will feature larger floor-to-ceiling glass panels. At street level, a renovated and landscaped public plaza with tree-lined sidewalks will extend toward the east and under the stone-clad supports of the Manhattan Bridge roadway. While a four-story building at the site has been demolished, further site work is needed before construction commences.

Large projects are on the horizon for Niagara Falls, Montreal, Toronto, Barrie and Surrey.