Tri-State meets the challenges of the tough NYC market by sticking to its long-held core values.

Businesses face challenges every day, but when you can compete in a tough town like NYC, you’re beating the odds. If you can keep doing it for decades, you’ve got to be doing something right. For longtime independent contractor Tri-State Elevator, that “something” is embodied in one strong core principle: it all comes down to people.

“We have a real focus on client satisfaction through our high-quality mechanics,” Tri-State President Chip Nyborg says. “Sometimes it’s a hard thing to sell, because it’s hard to quantify that, but, overall, I tend to think our work is better than the industry standards. It’s all about our guys and their dedication. It’s really great.”

Nyborg and his brother, David, represent the third generation running the family-owned elevator business begun by their grandfather more than 80 years ago. From its base in Pelham, New York, Tri-State offers a range of services across NYC’s five boroughs and adjacent counties and into Connecticut.

George L. Nyborg, an experienced elevator man who had worked with Otis on iconic jobs, including the Empire State Building, decided in 1936 to strike out on his own, launching Nyborg Construction Co., which would later become Tri-State. Though starting small, the company would go on to install hundreds of elevators, from NYC to Buffalo, New York. “He was a talented guy, and he was able to start his business,” said Chip Nyborg, who noted he was young when his grandfather passed away. While he doesn’t have much memory of his grandfather’s elevator work, he said of him, “I do remember all of the little elevator parts all around his house. Pretty cool.”

The senior Nyborg brought his son, George Jr., into the business in 1950, and the father-son team led a company that continued to grow and flourish. Now under the leadership of Chip and David (company vice president), who began their careers in the early 1980s, Tri-State offers modernization, maintenance, repair, inspection and testing services, as well as new installation of high-end home elevators. Chip spends much of his time in the field, working in sales and quoting jobs, while David oversees the administrative duties in the office.

Modernizations currently hold the lion’s share of Tri-State’s business, which is mostly concentrated in the residential sector — “condos, cooperatives and apartments,” Nyborg said. “We have about 58 [modernizations] in progress right now,” he said, adding that the company’s maintenance portfolio is a big part — “about a third” — of Tri-State’s activities. “We’re always very interested in increasing that.”

Nyborg said the company also serves office buildings, “But no high rises. We probably go up to 20 stories at most, right now. We don’t have the inventory necessary” to go higher, he said, and, “I don’t want to take on that kind of work if I don’t have the ability to really service it well.”

Private-residence elevators for elite customers with expensive homes in Manhattan and Fairfield County, Connecticut, have represented an interesting segment of Tri-State’s business. “We don’t do too many; it’s generally just high-end homes,” Nyborg said. “The 800,000-to-million-dollar homes, that’s not our market. We start more in the 3-million-dollar range and go on up.

“In Manhattan, wealthy people are able to buy a townhome that might have been two, three or four apartment units, and they convert it into a single-family home,” he said. With its background in commercial contracting, Tri-State “got a great idea about how to make this elevator that’s going in. Sometimes, we modernize an old elevator in the building.”

He said these homes call for a higher degree of finish, “and we have the talent, which is great.” As for the equipment, Nyborg said, “It depends on what the customer wants. They may want anything from 300 ft/min gearless to ‘Just keep it simple; I’m never going to use it,’ so matching up the client needs is really paramount.”

Partnerships and Other Business

Nyborg says he’s hands-on when it comes to picking materials. “Whether it’s a modernization through a consultant, a modernization for a home client or one of these home elevators, I go through it and, for the most part, pick out the different

materials we need from all the different vendors.” Other vendors include Elevator Systems for controls, GAL Manufacturing Corp. for door equipment and PTL Equipment for fixtures.

As far as the maintenance side of the business, Nyborg said the company works on pretty much anything but new OEM equipment, but there’s plenty of nonproprietary work to go around. He added:

“That’s what kind of makes our industry really unique. For example, we’ve got an installation I know for a fact was installed in the year 1910: 110 years old, and it’s all original. Then, you can come upon something that’s maybe a year old. You have different brands, and some brands have long gone out of business, so we stock a lot of obsolete inventory. It’s interesting. It’s humbling, anyway.”

Nyborg said the Tri-State team includes about 18 field mechanics, for whom he has high praise, but noted that finding and retaining good workers can be difficult at times. “For me, the biggest challenge is talent in technicians, help in the field. Some guys have been with us for 20-plus years, and some are newer guys [who] just started, but we try to hold onto the guys, especially if we go through all the training and investing the time into them.”

As an International Brotherhood of Electrical Workers Local 3 union shop, Tri-State has access to seasoned workers, as well as young mechanics starting out in the apprentice program, but finding the right workers can be tough. Nyborg explained:

“I think almost every company would say the same thing. You can go to the union, and, if you’re lucky, you get a great guy, but you still have to indoctrinate them into your particular way of doing business — the level of service you want to provide to your client, and, to me, a good, positive attitude and an inquisitive mind that wants to learn and do better and apply that. We can teach them the skill set, but I can’t teach the guy to desire to do better.”

Nyborg said another challenge facing NYC contractors is a law recently approved by the state legislature requiring all technicians to be licensed:

“New York is now going to be required to have licensed elevator mechanics, which is something that we have not had, either in the city or the state. That’s a new requirement that’s going to come down to us probably in the next six months or more. It’s been going on now for many years behind the scenes, so we’ll see what that brings.”

One of his concerns is that the law may have requirements about technicians having gone through the union apprenticeship program, but some highly capable, experienced mechanics may not have. Nyborg wonders if many current mechanics will have the formal education that the license requires, musing, “The way it’s setting up, from what we can see now, is there will be an offset for hours or years worked in the industry to compensate for that formal training.”

Keeping skilled workers has been important in recent years, as NYC has been booming with the rush to comply with the Department of Buildings’ door-lock-monitoring mandate, which takes effect on January 1, 2020, and the unintended car movement requirement due in 2027. Elevator owners have been focused on getting into compliance, with some even opting to do full modernizations. But, there’s another challenge facing not only elevator contractors, but all companies that provide services to buildings: a newly enacted state law that limits landlords’ ability to raise rents.

“The state legislation just curtailed a lot of future work for a lot of different trades by limiting the rent increase and the amount of money the landlords can try to get back through rent for any kind of capital improvement. We just lost out on work valued at about half a million dollars. The owners pulled the plug and said, ‘I don’t know how we’re going to get that money back.’ So, the interesting dynamic is, right now, our industry here in New York is just all-out; nobody can keep up with the demand. But, in about 11 or 12 months, that’s going to evaporate, because we’ll have worked through the backlog, and if our potential clients don’t have the money to do more work — and a whole lot of modernization work has just occurred — it’s setting up to be a quiet time in our industry for modernization in 2022 and beyond. For the short term, anyway.”

Nyborg said he can sympathize with the position in which the laws place real estate owners:

“[The government] just mandated that they do all this elevator work, and then they get clobbered with unfunded mandates that they have to comply with: increases in taxes, increases in water usage, all kinds of things coming at them, and they’re supposed to absorb all of it, or 99% of it. It doesn’t seem sustainable. That has to be worked out.”

Challenges are nothing new, though. Just like everyone, the company had to weather the troubled economic times that struck around the latter part of the last decade. Nyborg explained:

“It was tough prior to 2016, when we had the Great Recession about 2008. At that time, the same timeframe as [when] our father passed away, we were also looking into buying another company, which took our eyes off a lot of our daily operation, so that was tough. Then, it really took awhile for [business] to grab hold after that. It seemed like you’d have good periods, a quarter or two, and then things would slow down and then pick up and then slow down I would say it didn’t really start to sustain itself in a real positive manner until 2016.”

Weathering the storm has been a way of life during the more-than eight decades Tri-State has been around, and Nyborg even sees room for growth — organic and otherwise. “Bring in new clients, new business, that’s all kind of in-house, but in terms of beyond that, there’s always options for mergers or acquisitions,” he said. “Short-term, we could probably add three more [field employees] right now, based on our workload.”

Growing the company, Nyborg said, is something of a balancing act in that it must be accomplished while still adhering to core principles: “You go look for more work and hire more and more people, but I think you start to lose control of the quality. That’s been our bedrock: quality service and great workmanship. When you start losing that, you start hurting the underpinning of your business model.” And, with the inevitable downturns, layoffs have to be considered, a genuine concern for any business owner.

“I’d rather keep great guys working consistently through the peaks and valleys of the economy,” Nyborg said. 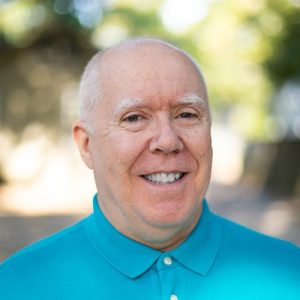 A key appointment and a promotion

NEII, OSHA news and more from across the nation

Major contracts let in Kuwait, Azerbaijan, the U.A.E. and India.

Elevator and tall building news from all over the continent

Records set to break as landmark hotel reopens to fanfare.