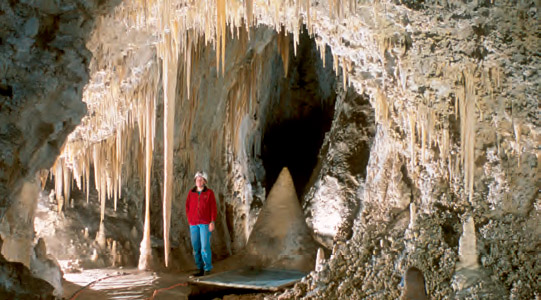 Hundreds of thousands of visitors come each year to see the rock formations; photo courtesy of the National Park Service.

The Board of Directors (BoD) of the National Association of Elevator Contractors (NAEC) has named Rená B. Cozart executive director and Amanda Smith deputy director, the association announced in November. With more than 20 years’ experience in for-profit and nonprofit organizations, Cozart has served in numerous leadership roles, most recently as Southeast Region executive director for the American Cancer Society. Prior to that, Cozart was division vice president for the American Diabetes Foundation’s South Region. She holds a marketing degree from Georgia State University.

Smith, who has been with NAEC since 2007, was named deputy director. She most recently served as the association’s director of education and finance, and previously oversaw special projects and credentialing. During her 13 years at NAEC, Smith worked directly with NAEC membership as the liaison to various committees, such as Education and Safety, Certification, Finance and the Vertical Transportation Management Program. Hope L. Evans, vice president of the NAEC BoD, said, “Please join me in congratulating these outstanding women, and look for them to take the association in new directions!”.

Amy Blankenbiller, formerly National Elevator Industry, Inc.’s (NEII) vice president of government affairs since 2009, stepped into the executive director role in mid-October. Formerly, she was president and founder of consulting firm AjB Strategies, LLC, working with associations, organizations and private businesses to implement government policy strategies, and president of the Kansas Chamber of Commerce. Blankenbiller spent more than 20 years in the Washington, D.C., area, where she worked on federal and state policy efforts and association-management issues. She received an appointment from President George H.W. Bush and served in his administration, working on Capitol Hill for both a U.S. representative and a senator. NEII President Greg Ergenbright said Blankenbiller will lead the organization “to advance safety, strengthen relationships and promote innovation.”
NEII’s board of directors and Ergenbright thanked NEII’s outgoing president, Karen Penafiel, for her contributions over the past four years, including assembling a “top-notch” staff, spearheading development of a professional website and new branding and overseeing a strong advocacy program.

Wurtec, headquartered in Toledo, Ohio, has named Mark Yako senior sales and business development specialist, focusing on tools and safety, the company announced in October. In his new role, Yako will serve customers in the NYC area and the Northeast. He has approximately 35 years’ industry experience and “an extensive knowledge of elevator tools and technology,” Wurtec observed. Most recently, Yako was regional sales manager at Bronx, New York-based GAL Manufacturing Corp., a position he held for more than 10 years. He has also worked in sales at Draka Elevator Products, Otis, Amtech Elevator Services and CEC/Swift.

Wildeck, Inc., headquartered in Waukesha, Wisconsin, has named Steve Holland vice president of operations. In this role, he will manage the day-to-day operations of Wildeck’s manufacturing facilities with a focus on quality, operational efficiency and growth. Holland has more than 20 years’ experience in operations and engineering and is described by Wildeck President Dan Lorenz as “a hands-on leader who has led high-performance teams throughout his career.” Holland earned a bachelor’s degree in Mechanical Engineering from Arkansas State University and an MBA from the University of Texas at Dallas. He is a certified Lean Six Sigma black belt.

WAGO, headquartered in Germantown, Wisconsin, has named Daniel Ondik Chicago regional sales manager. Prior to joining WAGO, Ondik worked as a sales engineer at Rockwell Automation in Nashville, Tennessee, before moving home to Illinois and working at Rittal for four years as an account manager. Holding a degree in Electrical Engineering from Penn State University, Ondik grew up in the western Chicago suburb of Naperville, Illinois. He said his background in automation will help him understand the technical aspects of WAGO products to better explain them to local customers and distributors.

The eight-person, secondary elevator system serving Carlsbad Caverns in Carlsbad, New Mexico, is getting a US$16.7-million, federally funded upgrade, the Carlsbad Current-Argus reported in October. Running through October 2023, the contract was awarded to California-based Tudor Perini, which handled a US$13.3-million modernization of the park’s primary elevator system completed in 2018. Carrying visitors approximately 750 ft underground to see rock formations, the secondary system serves as a backup to the primary, 16-passenger system. It has received only minor modifications since it was installed in 1932. The modernization will involve new structural steel within the shaft, cars, counterweights and ropes, and modernized controls, wiring, guide rails and machine-room equipment. Imperial Electric Frame 800 machines will be used. Park Superintendent Doug Neighbor observed accessibility is vital to Carlsbad Caverns National Park, an economic engine that, in 2019, welcomed about 440,000 visitors who spent roughly US$2.8 million locally.

Old and New Meet in Istanbul

Does It Make Sense to Go Green? A Small Business Dilemma

By Poul Lonkwic, The State School of Higher Education | January 1, 2020