Visitors to the NEIEP facility check out video gear during a 1992 open house celebrating the organization’s 25th anniversary (EW, June 1992).

Union/contractor partnership has trained thousands of elevator professionals over the decades.

In 1967, New York City’s Empire State Building ended its 36-year reign as the world’s tallest building. The terms “supertall” and “megatall” as descriptors of building heights had yet to be coined. The introduction of elevators with microprocessor control was still more than 10 years away.

What a difference half a century makes. With the new construction of ever-taller skyscrapers across the globe, vertical-transportation (VT) systems have been asked to do things better and faster than ever. With elevators hitting speeds of 2,000 fpm, and rises approaching 2,000 ft., VT technology has gone through a revolution. Through it all, the National Elevator Industry Educational Program (NEIEP) has been there, training generation after generation of VT professionals for careers building and maintaining these vital systems.

NEIEP’s mission is to give budding young elevator mechanics an education that allows them to go anywhere and work at the highest levels of knowledge and craftsmanship. NEIEP was created on March 23, 1967, with the adoption of the Standard Agreement between the International Union of Elevator Constructors (IUEC) and the National Elevator Manufacturers Industry, now the National Elevator Industry, Inc. (NEII®). A six-member board of trustees, three each representing the two sides, went to work right away developing a program that would teach the core principles and procedures of elevator installation and repair.

John O’Donnell, Sr. was chosen as NEIEP’s first program director. At the time, he was a 15-year elevator-industry veteran who had served seven years as president of IUEC Local 4 in Boston and was working as the local’s business agent. Prior to his elevator career, he attended the University of Massachusetts, served a stint in the U.S. Coast Guard and worked for the U.S. Treasury Department.

John O’Donnell, Jr., son of the founding director, became NEIEP’s executive director in 2008. In the nearly decade since, even more changes have been put into place, but the goal remains the same, O’Donnell says: to give apprentices a solid foundation in the core competencies they must demonstrate as full-fledged elevator mechanics.

The NEIEP Apprenticeship Program consists of eight semester-long courses made up of individual units. In total, there are 97 units listed in the latest NEIEP Catalog, which can be found at neiep.org. To keep up with the ever-changing technology adopted by the industry, O’Donnell says, NEIEP also offers continuing-education courses. Changing technology, however, is not the only challenge taken on by NEIEP. The VT industry was hit hard by the global recession that struck just about the time O’Donnell took charge, and the ranks of experienced elevator mechanics were severely thinned. Many were laid off, and of those, some went to work in other industries, while others simply retired. Today, companies are struggling to find enough well-trained people to fill open positions.

NEIEP took on the challenge, O’Donnell says. “What we do to expedite the program is offer some courses as electives,” he says. For example, if an apprentice has an immediate need for scaffold-building knowledge, he or she can take that course right away, instead of waiting to take it during the scheduled stage in the process.

He notes, though, that for new people to receive the proper training, they must go through the entire program: “Apprenticeship standards dictate the speed with which someone gets through the [four-year] program.” These standards include class time (four hours, one night a week), plus 2,000 hours per year of hands-on work experience under the guidance of an experienced mechanic.

As daunting as the NEIEP course catalog appears, O’Donnell says the program has evolved to be more accessible. One of the biggest changes made was moving to the semester system, just like most colleges, so instead of taking one big test at the end of each year, the students are tested each half-year.

Another way NEIEP has made the course accessible is through the use of new educational technology. “In 2009, we completed construction of a video room,” O’Donnell says. The state-of-the art facility uses green-screen technology that allows NEIEP to shoot footage at actual worksites, then edit it into detailed instructional videos. The Attleboro Falls, Massachusetts, home of NEIEP also has three hoistways onsite that are also used to create videos. “We’re trying to move away from a text-centric curriculum,” O’Donnell says, noting that visual and hands-on training have been shown to improve learning retention. New students are issued laptops and study VT equipment through interactive 3D programs based on gaming technology — for example, they can look at a 3D graphical escalator: they can look inside, turn it for different views and take it apart.

“We rolled that out two years ago,” says O’Donnell. “We have a whole complement of computer-based training.”

There are also physical labs to give the students hands-on learning. One example is the valve lab, for learning about hydraulic valves. Faults are entered so the students can troubleshoot and find what’s wrong. “We’re trying to engage the students to the point that they can leave the classroom and the next day apply [the concepts] in the field,” explains O’Donnell.

“The educational program is so attractive,” O’Donnell says, because it is offered at no cost to the qualified apprentice. NEIEP does outreach programs, visiting high schools to drum up interest in elevator careers. New applicants must possess a high school diploma or equivalent, pass a pre-hiring exam, meet physical requirements and sit for an interview. The candidates are offered jobs based on their rankings. Once hired, they begin their NEIEP studies while working under the tutelage of experienced elevator mechanics. The coursework is paid for through a fund into which the employers pay a contribution – currently US$0.60 per hour for each hour the apprentices work. Aside from on-the-job training and free education, apprentices have one other incentive: qualified elevator mechanics earn annual pay well above the national median. Another advantage of the program is its “articulation agreements” with colleges, which allows NEIEP coursework to be counted toward credit with participating colleges. All of this has led to a high rate of student retention.

Just this fall, NEIEP launched the National Certified Mechanic Exam, a program developed with and validated by third-party experts that is registered with the U.S. Department of Labor. The exam was created through analysis in which the tasks of the mechanic and his or her apprentice helper were mapped out, then written into the NEIEP curriculum and exam.

Growth in high-rise construction has created booming demand for certified mechanics, with a corresponding rush on NEIEP training. “Since the recession, things have exploded,” O’Donnell says. “We had 2,000 (new students) last year, and we’re going to eclipse that this year.” In addition, NEIEP is working hard to stay ahead of changes in the industry. “We’re in a constant state of writing and rewriting,” says O’Donnell. New regulations, codes and OSHA requirements keep the staff on its toes updating courses and adding to NEIEP’s continuing-education library. “We have 34 standalone continuing-education courses,” O’Donnell says. “That’s doubled since 2008.”

When a new area of study is launched, it’s the result of teamwork, O’Donnell says. “We identify a topic we want to develop,” then engineers, code experts and others work with the NEIEP staff to put the information into an accessible form. O’Donnell said he enjoys the process because of the people with whom he gets to work. “It’s refreshing, because some of these people are geniuses.”

NEIEP offers its training at more than 70 sites around the country. The classrooms are outfitted with equipment such as hoistway models to give the apprentices hands-on experience. There are about 800 part-time instructors on contract, experts in the field who go through training to become certified to teach the highly technical courses. NEIEP also has 21 regional coordinators who oversee and facilitate the process and 34 full-time, in-house people involved in the development of curricula. The entire program is administered from the home office. Today, NEIEP is overseen by a 10-member board of trustees, half of whom are chosen by NEII and the other half by IUEC. “The trustees are truly working to make the best employee,” O’Donnell says.

Some 50 years ago, elevator companies and the union jointly identified a need for thorough, standardized training for mechanics. In a spirit of cooperation, they worked out a funding mechanism, created courses and enrolled their first students. Though technology has changed in ways that would have seemed fanciful in 1967, NEIEP has maintained its mandate of producing the best workers for a complex, highly skilled profession.

“When you see the evolution of the industry, and the dedication of NEII and IUEC to education, it’s just been amazing,” says O’Donnell. “To hold true for 50 years and develop on that platform is truly amazing.” 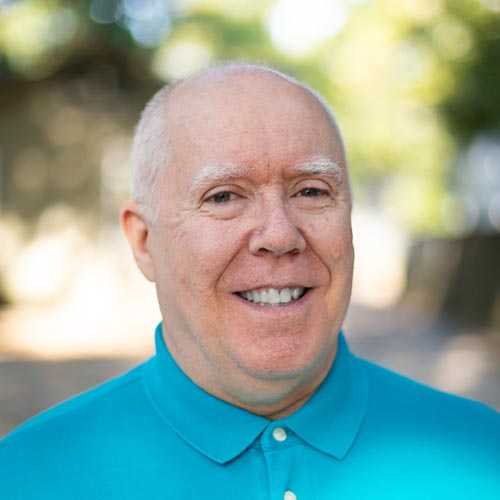 Giants of the Urban Landscape

Best and Worst Elevator Art and Design of 2017: An Opinion

Stairwells Are Not for Wheelchairs

New Ways of Thinking About Evacuations

Tall-building activity continues downtown and beyond.

Manhattan continues to sizzle, and big plans unfold across the Hudson River.