Home » Articles » Elevator World » January 2021 Issue » Otis provides VT for one of city’s tallest, and towers are in various stages of planning and construction. 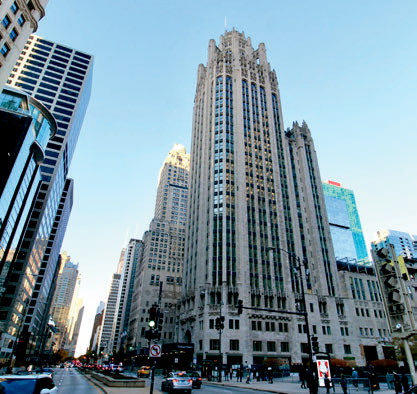 Otis tells ELEVATOR WORLD it installed 22 vertical-transportation (VT) units at the recently opened — and recently renamed — St. Regis Chicago, which, at 101 stories and 1,191 ft, is Chicago’s third-tallest building (EW, November 2020, June 2015 and June 2016). The system includes six SkyRise high-rise elevators (six with CompassPlus destination dispatch), 12 Gen2 elevators (10 with CompassPlus), two hydraulic elevators and two dumbwaiters. Of the SkyRise elevators, three travel the full height of the building at 1,600 ft/min. They are equipped with sway-sensing devices that automatically slow travel during high winds. CompassPlus is integrated with the building’s security system to allow single-credential access between destinations.

Located at 375 Wacker Drive at the mouth of the Chicago River, St. Regis Chicago was designed by Jeanne Gang and developed by Magellan Group. It was originally named Vista Tower, but the new name reflects a partnership with St. Regis Hotels and Resorts, which will operate a 191-room hotel in the building. Owners of the tower’s nearly 400 condominium units were to move in by the end of 2020, and the hotel is set to open in third quarter 2021.

Work is close to wrapping up on the conversion of the landmark, 75-year-old Tribune Tower, the onetime home of its namesake newspaper that is about to see new life as a residential/retail high rise. According to a November 2020 report by Chicago YIMBY, once open, the 34-story, 463-ft-tall tower will house 162 condominiums. Prices start at US$900,000 for a one-bedroom unit, going up to US$7.6 million for a four-bedroom residence. Homeowners will enjoy more than 55,000 ft2 of amenities, including a gym, a solarium, a billiards room, a golf simulator, a coworking lounge, 47,500 ft2 of retail space and more. Work on the conversion, at 435 North Michigan Avenue, was on track to complete within a few months, and will be followed by phase two, construction of a 1,422-ft-tall, 113-story sister tower to be Chicago’s second-tallest building. Developers of the project are CIM Group and Golub & Co. The architect for the conversion is Solomon Cordwell Buenz, and the designer of the second tower is Adrian Smith + Gordon Gill Architecture.

Revised Plan for Near North Side Residential Tower

Developer Newcastle Ltd. has presented a revised plan for a residential tower on the Near North Side that reduces density and height from what it proposed in 2019, Chicago YIMBY reported in October 2020. Set to rise at 1130 North State Street, the tower would stand 29 stories (versus an originally proposed 39) and include nearly 300 units, ground-level retail and parking for 98 vehicles in an enclosed garage. Also on the drawing board are plans for an adjacent retail building and a sidewalk café. Designed by Solomon Cordwell Buenz (SCB), the tower would take approximately two years to build once approved.

Demolition of a one-story commercial building has begun to make way for a 26-story mixed-use building at 1400 West Randolph Street in the West Loop, Chicago YIMBY reported in October 2020. The structure, under development by Marquette Cos., will include 278 apartments, with the building part of a larger project that will total more than 500 units — 103 of them classified as affordable. The structure is being designed by David Brininstool of Brininstool + Lynch. It will have a three-story base that includes retail space, a lobby lounge, a fitness center, a dog park and a café. There will be tenant amenities on the second and 10th floors and numerous inset balconies. Power Construction is general contractor for the building, which is expected to complete in 2022.

Exterior work is close to wrapping up on 369 West Grand Avenue — aka “The Grand” — in the River North neighborhood, Chicago YIMBY reported in October 2020. The topped-out, 41-story residential tower is being both developed and constructed by Onni Group, and sports a design by Brininstool + Lynch. The tower’s exterior was complete except for the top five floors, the source reported. Once construction wraps, there will be as many as 365 apartments within its 532,900 ft2. The design comprises a rectangular tower atop a five-story podium that will hold retail, parking for up to 261 vehicles and some of the apartments. Just above the podium, on the sixth floor, will be an amenities area that includes an expansive outdoor terrace and a dog park.

The Grand is near major downtown landmarks, including Merchandise Mart and the Wolf Point Complex, and is a short walk to several transit options, including the Orleans and Grand bus stop and CTA’s L, accessible at the Merchandise Mart station. It is scheduled to open in 2021.

A New Way of Recordkeeping