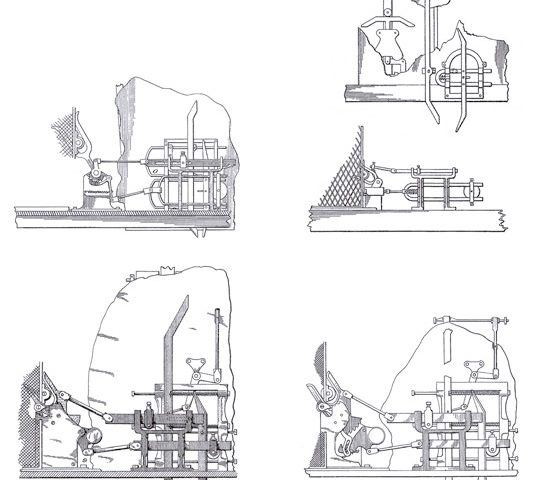 This History article investigates an interlock for use on operator-controlled doors designed to prevent the car from moving if the doors were open and to prevent them from being opened if the car was not at the landing.

The 1963 ELEVATOR WORLD Industry Index, in addition to including an annual industry directory, featured a series of articles on the history of vertical transportation (VT). EW founder William C. Sturgeon contributed much of the content, which was organized into discrete topics, one of which was titled, “History Is Made Up of Specialists.” Sturgeon introduced this topic as follows:

“Like the automobile and many other American industries, the elevator field was one of specialists. For the most part, our nation’s industry did not develop along the lines of its European counterpart, wherein each elevator manufacturer strove to make as many of its components as possible. In a nation known for its entrepreneurs, specialists developed who concentrated upon a particular field of endeavor. Whether they made cabs, doors, rotating equipment, controls, relays, wire rope, gates or rectifiers, their total involvement with a narrow range of equipment assured a refinement of product that, when incorporated into a whole system, gave the American elevator an excellence recognized around the world.”

Elevator Locks Co. of Peoria, Illinois, epitomized the early 20th-century specialized VT firm. Unfortunately, very little is known about this small company. In 1912, Miller Safety Locks Co., founded by Solomon M. Miller, became Elevator Locks. Miller remained with the renamed business as a designer; however, he apparently no longer played a role in its management. In 1913, the company’s leadership team was identified as Samuel H. Cummings (president), Leander O. Eagleton (vice president), John F. Kaylor (secretary) and Samuel L. McKinney (treasurer). In addition to his role as treasurer, McKinney also actively participated (with Miller) in the design of the company’s signature (and apparently only) product, the M-C-K Automatic Safety. The patent record reveals a dedicated effort to develop an interlock intended primarily for use on operator-controlled doors designed to prevent the car from moving if the doors were open and prevent them from being opened if the car was not at the landing. Between 1912 and 1924, Miller and McKinney earned six patents, all of which concerned the device marketed as the M-C-K Automatic Safety.

A careful study of these patents reveals a gradual and steady refinement of this device, an investigation that is partially revealed in a comparison of patent drawings (Figure 1).

While the patent record speaks to a years-long design exploration, it does not shed light on the history of the company or provide insights into the commercial success of Miller and McKinney’s efforts. However, a 64-page 1924 company catalog included a list of customers. The section was described as “an incomplete list of buildings under positive signed contract or equipped with M-C-K safety locks.” This “incomplete list” was 38 pages long and included a detailed list of building names and locations accompanied by 49 illustrations of important buildings that employed the company’s safety. This material serves as evidence that Elevator Locks had a surprisingly strong national commercial presence. The company identified customers across much of the continental U.S. Its safety was employed in approximately 750 individual buildings in 130 cities. These were in 38 states and the District of Columbia (Figure 2). The cities ranged from the country’s largest urban areas, such as NYC and Chicago, to small-town America, represented by towns such as Knoxville, Iowa. The company had also successfully marketed its product in Canada, with 48 buildings in seven cities listed as employing the safety (Figure 3).

While it’s not surprising that more than 50% of all sales occurred in the Midwest, it’s intriguing that approximately half of these were in the twin cities of Minneapolis and St. Paul, Minnesota. This pattern, as well as the appearance of the M-C-K Automatic Safety across the U.S., raises several questions about the early 20th century VT industry. A detailed investigation of the safety’s use in the buildings listed in the catalog would include determining the construction completion date and elevator supplier for each building. When compared to the catalog’s publication date (1924), this data would reveal if the safety was primarily employed to modernize older systems, or if it was utilized as an addon to contemporary systems (in cases where the elevator manufacturer did not have a comparable design solution). While this data-collection effort lies outside the scope of this investigation, it speaks to the need to gather a more extensive body of information to fully understand the complexity of the industry’s commercial structure and the degree to which elevators featured components designed by multiple manufacturers.

The device’s commercial success appears to have been the result of a well-designed device coupled with an effective marketing campaign. The catalog targeted building owners and managers:

“Contained on the pages of this booklet are subjects of vital interest to anyone connected with the operation of a building or anyone having trouble with their present elevator system. It shows how your elevator may be protected without attaching to or interfering with the motive power that runs the car and contains a partial list of representative users in the U.S. and Canada. The M-C-K Automatic and Purely Mechanical Safety Lock, as illustrated, has proven the only combination of effective safety in the operation of an elevator and the only thorough and practical interlocking system ever offered the building owner and manager.”

The operation of effective elevator safeties was defined in terms of three “principle essentials”:

“A Safety Lock, to be all that the name implies, must perform certain essentials, the principle of which is to compel the operator, instead of leaving it to his judgment. The three principal essentials to perfect safety in the operation of a passenger elevator are:

1st — A control of the landings. This definitely defines the limits within which a car must come before the gate can be opened.

2nd — The locking of the enclosure gates, so that they cannot be opened unless the car is at that particular landing.

3rd — Controlling the car, so it cannot be moved during the time the gate is open and unlocked, without attaching to or interfering with the motive power that runs [the] same.”

The focus on the role of the operator serves as a reminder that manually controlled doors were found in most American buildings in the early 1920s. While automatic door systems were under development during this period, they would have only been employed in new buildings, and not all elevator manufacturers may have offered this option to their customers.

Elevator Locks illustrated the need for door safeties in its publication of two images that depicted the dangers of elevator operation. In the first, the curious waiting passenger safely peers through the gate in his attempt to locate the elevator car. In the second, the waiting passenger has opened an unlocked door to get a better view and is moments away from a fatal accident (Figure 4). The solution to preventing these accidents was, of course, the M-C-K Automatic Safety, and the catalog included a detailed description of its operation (Figure 5):

Additional catalog illustrations showed the landing-locking device as installed, its interior construction, the relationship between the car portion of the safety and the landing-door components, and its application to a rope-controlled freight elevator (Figures 6-8).

The catalog concluded with a final reminder about the importance of elevator safeties in a section titled “The Danger Hour”:

“Five o’clock! The day’s work is over! Crowds pour from offices, tired out. Nerve control is gone! Prudent people grow hasty and slipshod. They jostle on landings and push impatiently into elevators, thoughtless of danger. That is the hour when unprotected elevator doors become the greatest liability. The most expert elevator operator cannot guard against the tired hurry of the crowd. Heedless passengers will cause accidents. Yet, always, it is the building owner who gets the blame. It is he who must pay the damages!”

The answer to ensuring safety during “the danger hour” was the M-C-K Automatic Safety, which allowed “real protection against the carelessness of tired people.” This commentary on behavior at the end of the workday implies that workers have a more relaxed or, at least, less hurried (and, thus, safer) approach toward elevator use in the morning when they are going up to work. The commentary also reminds us that we have very few detailed historical accounts of daily passenger elevator use, particularly in skyscrapers. The investigation of the actual use of elevators is a topic that deserves further study. 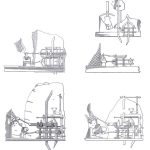 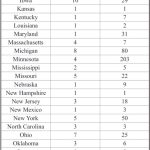 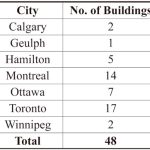 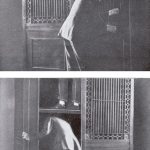 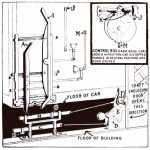 Figure 5: Illustrated diagram of the M-C-K Automatic Safety, which the company said illustrates “the elevator approaching a landing with the shaft enclosure gate shut and locked” 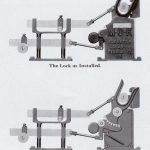 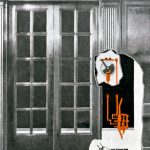 Figure 7: Drawing the relationship between the controller and car portion of the safety and the landing-door components as the car approaches a landing 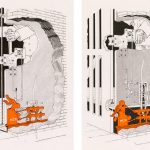 Hydraulic Elevators in the 1950s