An examination of Henry D. James’ article, which provided a rationale for why developers and architects should adopt running two cars in a single shaft

The history of vertical-transportation (VT) systems is filled with accounts of talented engineers who invented elevator systems intended to “revolutionize” VT. An unexplored aspect of these stories is the marketing campaigns designed to sell the proposed new VT paradigm. A contemporary example of this phenomenon is thyssenkrupp’s marketing of MULTI. In the early 1930s, Westinghouse faced a similar challenge introducing and selling its new dual elevator system. The origins of this system were explored in an earlier article (ELEVATOR WORLD, May 2006, “Two Cars in One Shaft”). This month’s article examines Westinghouse’s marketing strategy, which was led by engineer Henry D. James (1874-1957).

James was a key member of the team that developed the dual elevator system. While the original concept had been developed by Frank J. Sprague, James’ expertise in controls played a critical role in realizing Sprague’s vision. In the mid-1890s, James earned a BS in Mechanical Engineering and an ME in Electrical Engineering from the University of Pennsylvania. In 1896, he began his professional career with Cutler Electrical & Manufacturing Co. in Philadelphia, where he worked as a draftsman on inverse time element circuit breakers. In 1897, Otis hired James as a draftsman; he steadily advanced in the company and was eventually placed in charge of engineering and erection at their Pittsburgh district office. In 1904, he left Otis for Westinghouse, where he spent the remainder of his career. He served as an industrial control engineer (1904-1909), assistant to the manager of engineering in charge of the general engineering division (1909-1915) and as manager of the controller engineering department (1915-1934). He wrote numerous articles on controller design and operation, as well as one book, Controllers for Electric Motors, published in 1919.

His role in the development of Westinghouse’s dual elevator system and his experience as an author made him the ideal person to make the public case for the new system’s viability. In March 1931, Building Investment published James’ article “Vertical Highways: The New Phase in Elevators.” While the illustrated article provided an overview of dual elevator technology, most importantly, it also provided a rationale for why developers and architects should adopt the new system. This rationale included the observation that the system might not, in fact, be suitable for all applications: “The advantages of the dual elevator must be analyzed carefully for each proposed installation to determine if there is a real advantage in running two cars in a single shaft.” The suggested analytic method was predicated on the application of clearly defined design parameters and illustrated by a case study.

The design parameters included the space savings offered by dual elevators. The obvious savings came from the elimination of elevator shafts by the employment of two elevators per shaft. However, the presence of two cars in one shaft required the “doubling” of key components: hoisting and compensating ropes, governor cables, electric cables, hatchway limit switches, etc. The result of this doubling was an increase in shaft size, which was defined as ranging from “10-25%, dependent upon the size and shape of the hatchway.” Designers were reminded that “this additional space must be taken into consideration when estimating on the space saved.” The deployment of dual elevators also impacted space utilization, and James stated that the “maximum” space savings occurred when a local elevator was added to an express elevator shaft. This did not, however, mean that all single-car local-service shafts could be eliminated; James implied that the best solution would employ a mix of single- and dual-car shafts.

The system’s effective operation required that dual elevator cars run on a “synchronized schedule suitable for the express elevators.” However, it was noted that their operation could “add complications to the scheduling of the local cars in separate\hatchways.” According to James, the dual elevator system worked best in “large buildings” where it was “easier to adjust these schedules among a considerable number of cars than in smaller buildings where there are only a few cars.” The suggested minimum size of a suitable building for dual elevator use was “20 stories high requiring four local and four express elevators.” It is also important to remember that, in 1933, elevator traffic control was primarily in the hands of the starter and operators.

One of the perceived advantages of dual elevators was improved passenger access to VT systems (in comparison to traditional designs):

“The present plan is to dispatch the elevators from a single entrance level, locating these elevators in groups, each group serving a part of the building. Strangers entering the building must find out which group of elevators serve the floor to which they wish to go. This results in cross traffic in the corridor, and it is often difficult to remember, from time to time, just where the desired group of elevators is located, as these locations are usually selected in a manner that makes no logical appeal to strangers.”

While James may have exaggerated the confusion caused by the presence of multiple banks of elevators, there is no question that a reduction in their number simplified entry and upper-floor planning. This imagined simplicity was, however, somewhat complicated by the suggestion that a building designed for dual elevators should have “more than one entrance level so that the relative location of the level indicates which part of the building is served by the elevators using that entrance level.”

James also suggested that buildings with two entry levels could employ a double-deck local car in the express elevator shaft. The dual system also offered the possibility of placing a freight or service elevator in the express shaft:

“This service elevator could operate on a regular schedule during the rush periods, and when slack periods arrived, the express elevator might be parked at the top of the hatchway so that the service elevator can handle heavier freight.”

In addition to design guidelines, James provided important information on a topic often excluded from descriptions of new elevator systems: cost. According to him, “Preliminary estimates indicate that two elevators in one shaft will cost approximately the same as two elevators in separate shafts.” However, he noted that the cost was dependent on “the details of a particular building.” This variability was characterized as a normative aspect of elevator construction and was reflected in the description of typical elevator pricing: “Single elevators having full-automatic push-button control cost from US$20,000 to US$30,000 each. It is hard to give an exact figure, as there are many variables.” Thus, perhaps not surprisingly, James suggested that an estimated cost of “US$25,000 per elevator would be a good average to use.”

The application of a dual elevator system was illustrated by a case study of elevator use in a 50-story office building in NYC. The building site was described as located in a “2 times zone,” which meant setbacks were required to meet the city’s zoning guidelines. NYC’s 1916 Zoning Resolution was the first comprehensive zoning ordinance adopted in the U.S. A primary goal was to increase the availability of light and air at street level, and the guidelines gave rise to the now classic setback or stepped skyscrapers of the 1920s and 1930s. This also meant these buildings had a significant decrease in floor area as height increased, which added to the challenge of elevatoring. The case study assumed that the traditional single-elevator scheme required 28 elevators divided into four banks that served four vertical zones (Figures 1 and 3). The proposed dual elevator system reduced the total number of shafts by 50%, placing two cars in each shaft, with the building divided into two vertical zones with each zone served by 14 cars (Figures 2 and 3). While this simplistic approach was somewhat counter to the overall suggested guidelines, it was, perhaps, the easiest way to illustrate the system’s advantages.

The building’s gross plot size was 40,000 ft2, and the total gross floor area was 1,068,000 ft2. For the traditional single-elevator scheme, the total rental area was given as 780,700 ft2 (73% of the gross area), with the elevators occupying 92,848 ft2 (including hoistways and elevator lobbies). The dual elevators occupied only 69,030 ft2 (a figure that assumed that dual elevator shafts were 25% larger than single elevator shafts). Thus, the use of the dual elevator system resulted in a savings of 23,818 ft2, which increased the available rental space by 3.05%. The mechanical design of dual elevators also had space-planning implications (Figures 4 and 5). The elevators were operated by separate machines, which were “mounted one above the other on a common bedplate.” James claimed that the height of the “double-deck machine” did not typically “require any increase in the clearance provided in the penthouse for a single machine.” The “motor-generator set for each machine” was “mounted on the machine itself”; thus, the overall floor area required for the machinery was not “much more than the area of the shaftway.” While two separate controllers were required, James stated that this did not “materially increase the floor area of the penthouse.” He additionally claimed, “Usually, for architectural reasons, the height of the penthouse is more objectionable than the increase in floorspace.”

James concluded his presentation of Westinghouse’s new system with an optimistic view of its future and a challenge to architects and engineers:

“The dual elevator has introduced a new solution to the elevator problem, which will require ingenuity and vision, as well as experience to apply it to the best advantage. As this problem is studied in connection with actual buildings, various solutions will present themselves, which will be of assistance in analyzing other buildings. In this way, experience will be accumulated, which may lead to changes in the present method of operating elevators.”

Unfortunately, the launch of this innovative system in the midst of the Great Depression meant that it was unable to attract sufficient interest to prompt installations that would have permitted the continued development of dual-elevator technology in the 1930s.

Finally, it is, perhaps, appropriate in these challenging times to conclude with a reminder that the individuals featured in this column, in addition to being talented engineers, were often people with significant interests beyond the world of VT. For Henry James, this interest was canoeing. His interest went beyond a simple desire to enjoy a canoe ride on a peaceful lake or river: in 1910-1911, he served as commodore of the American Canoe Association. Leadership manifests itself in diverse ways. 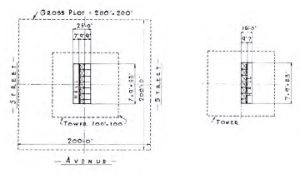 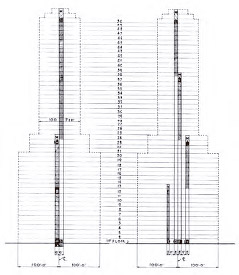 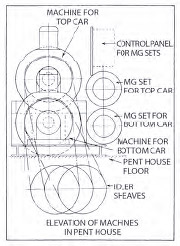 thyssenkrupp’s MULTI Honored by Alliance to Save Energy

A record-breaking elevator and office towers are on the drawing board.

A key appointment and a promotion