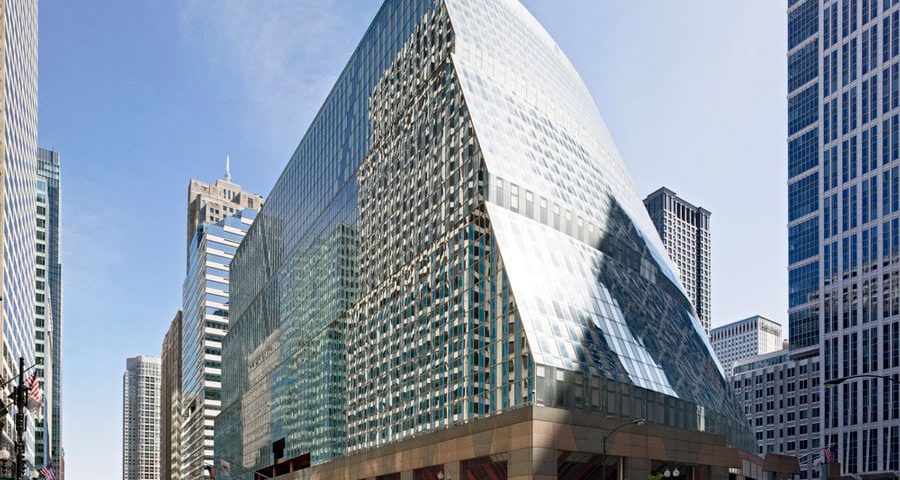 The Chicago Architecture Center and the Chicago Architectural Club invite all who possess an artistic vision and the desire to help preserve a potentially endangered structure to enter the 2021 Chicago Prize competition. Organizers say the State of Illinois Center — also known as the James R. Thompson Center — is facing the threat of demolition. Located in the Chicago Loop, the Thompson Center is a major transportation node, commercial center and workspace. Many, however, including state leaders, have criticized the structure as being unattractive, oversized, inefficient and poorly maintained. Defenders say the center’s design by Helmut Jahn is worthy of consideration for many reasons, including its contrast to the city’s historic architecture, its 17-story atrium and its “seemingly freestanding elevator banks.” Meanwhile, opponents — who see little to love in the structure — press for it to be sold and razed. Those who wish to enter the competition should visit the Chicago Architectural Club website. They will then be asked to forward contact information to the club’s emailaddress. Click here for detailed information about the competition.