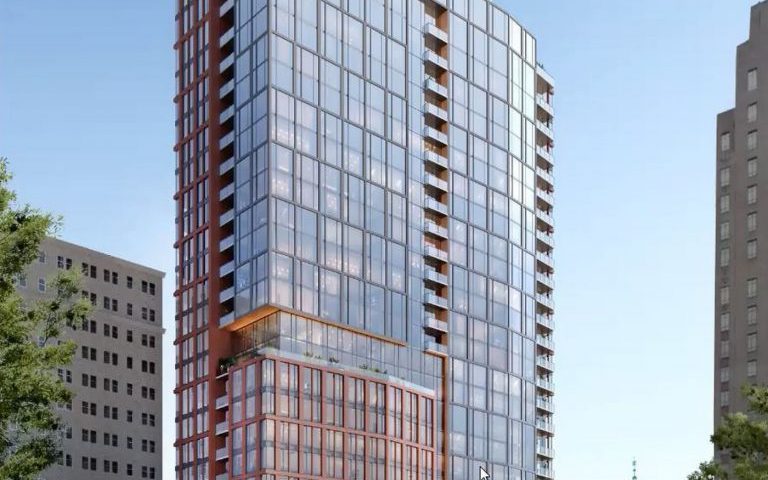 A 340-ft-tall, 27-story skyscraper is planned for 1620 Sansom Street in Rittenhouse Square, Center City, in Philadelphia in place of a parking garage that was recently demolished, Philadelphia YIMBY reports. The new building, designed by Solomon Cordwell Buenz, will feature 298 units, along with retail space on the ground floor, and will be decorated with eye-catching cladding. Demolition of the garage began in early May and was completed in early June. The tower is being developed by Southern Land Company, which is also behind The Laurel Rittenhouse Square that is preparing to top out as early as next month, the source reports. Foundation work may begin this summer, and the building is expected to rise by the end of the year. No completion date has been announced, though construction may be finished by 2023 or 2024.