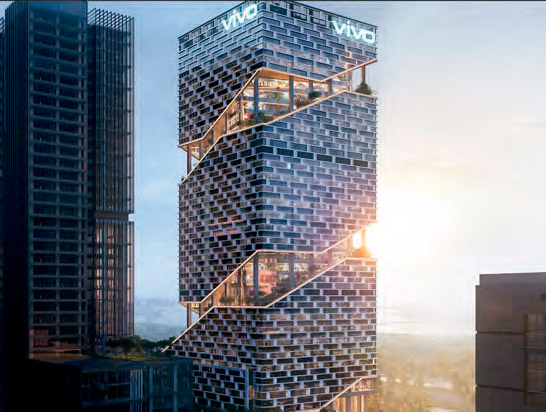 Hitachi Supplying 300-Plus Units for Metros

Hitachi Elevator (China) Co., Ltd. won bids to supply more than 300 units of vertical-transportation (VT) equipment for two metro expansions, the company announced in June. In the first contract, the company will supply 152 escalators and an unspecified number of elevators for the first phase of Guangzhou Metro Line 7, an extension of the system to Shunde, Foshan, the company announced in June. Spanning 13.45 km, the western extension will connect Beijiao and Chencun, both in Foshan, with Guangzhou South Railway Station. It will link to Foshan metro lines 2 and 3, Guangzhou metro line 2 and Guangzhou-Foshan Circular Intercity Railway. Line 7 is scheduled to start test operations in July 2021. Guangzhou officials have reported plans to start the construction of 12 metro projects, which will combine to increase the total length of the city’s metro lines in operation to more than 531 km, in 2020. Hitachi has provided more than 1,800 escalators and elevators to Guangzhou Metro, and its maintenance service covers 177 stations with a staff of more than 200.

The second contract calls for 176 escalators and elevators for Foshan Metro Line 3, a 69.5-km, 37-station project that follows a north-south route through the city. Once complete, Line 3 will connect with six other metro lines — some of them already in operation — which will make Foshan Line 3 a major route on the Guangdon-Hong Kong-Macao Greater Bay Area rail system. With the Foshan contract, Hitachi will have provided VT for transit systems in 22 Chinese cities. The company’s BPG line of escalators, with heavy-duty design and numerous safety features, has been a popular choice for many of these applications. BPG systems use artificial intelligence (AI) with visual detection systems to improve efficiency and safety by, for example, stopping an escalator if a rider has fallen. The AI system also monitors VT equipment operation to maximize performance.

“City of the Future” Planned

Chinese technology conglomerate Tencent plans to build Net City, a 2-million-ft2 “city of the future” in the metropolis of Shenzhen, CNN reported in June. To be built on reclaimed land that juts out into the Pearl River estuary, it will primarily serve Tencent, the company behind popular Chinese social media and communication apps WeChat and QQ. It will have dozens of buildings, ranging from single-floor structures to 30-story towers. In addition to employee residences and offices, the development will have schools, retail shops and other amenities that the developer hopes will draw visitors from other parts of Shenzhen.

The massive urban development, which will accommodate a population of about 80,000, will prioritize pedestrians, green space and self-driving vehicles, according to the U.S.-based design firm NBBJ, which won an international competition to develop the master plan. NBBJ worked to reduce the impact of automobiles, “removing (them from) where they don’t need to be and focusing on people,” said Jonathan Ward, a design partner with the firm. The master plan’s other environmental sustainability features include rooftop solar panels, wastewater recycling and protection against climate change and sea-level increases. Construction is expected to commence this year and take seven years to complete.

Chinese smartphone manufacturer Vivo is building a 32-story headquarters building in Shenzhen’s booming tech hub, Business Insider India reported in July. The skyscraper will feature a glass frame with a spiraling series of exterior gardens from the ground floor to the top level. It will accommodate 5,800 Vivo employees and be home to the company’s flagship store. Floorplates will feature extra-wide workstations to give employees more space, according to a press release. The tower’s design, by U.S.-based architects NBBJ, also allows it to self-shade in the summer. Construction began in May and is expected to be complete in fall 2025.

Architects Ronald Lu & Partners (RLP) have unveiled new renderings of a 29-story office building being built by tech giant Tencent for its East China Headquarters in Shanghai, a design the architects describe as being inspired by “twinkling household lights,” World Architecture News reported in July. The 150-m-tall tower will bring 77,000 ft2 of space to the West Bund Media Port section of Shanghai’s Xuhui District. It will feature a four-story podium with “diversified functional areas and an emphasis on shared space.” The building façade will be made up of irregular window grids resembling pixels. The windows are insulated to save energy by reducing heat absorption and designed to reflect the rays of the sun in a way that, from a distance, give the impression of twinkling lights. The building’s interior is designed as a “work campus” focused on human interaction, technology and sustainability. The tower is being built to Leadership in Energy and Environmental Design Gold and the Chinese Assessment Standard for Green Building Level 2. Construction is targeted for completion in the second half of 2021.

Widening the Perspective – From Energy to Resources

By Bucher HydraulicsInsight into sustainability and environmental impact

Towers in record-breaking numbers and heights are on tap.