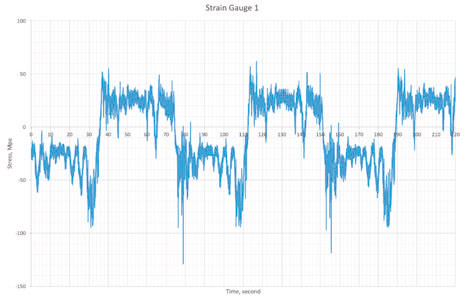 Figure 1: The overall trace for strain gauge 1 after running the smart step in escalator A

The fractal dimension values of two escalators are compared in this penultimate entry in the series.

This installment will compare the fractal dimension (Df) values of two escalators: one free of any mechanical defect and another with a mechanical defect. Like our previous comparison study (with and without passenger),[1] this article will show whether the mechanical failure can be detected using the technique of estimating the Df values. Quantifying escalator behavior when it has a defect or it is free of one can offer a big advantage for escalator maintainers. It will help them define quantitative level indicators to distinguish between escalators with and without problems. They will help define a system for prioritizing maintenance schedules to the escalators’ needs. The principles of the methodology used in this study can be implemented in any other mechanical or electrical products.

Escalators are complicated and accurate. They consist of individual components and subassemblies that interact with each other to produce physical motion in the step band, which is used to transport passengers from one level in a building to another.

It is vital for assets-management companies to keep escalators in good and sound operation. Therefore, they try their best to adopt and deploy well-thought-out maintenance plans by which to reduce the financial impact of escalators being out of service. Additionally, passenger frustration can build up when users must walk the 17-20-m rise of a unit if it is out of service.

A variety of monitoring devices has been used to monitor individual escalator components or subassemblies. To see the signals from these devices, one need go no further than the escalator control panel. These monitoring systems can detect trends before and after a mechanical failure, helping the maintenance company know which steps to take to restore failure trends to failure-free ones. This is especially helpful before the machine goes out of service. However, monitoring systems have proven expensive and usually have high maintenance costs themselves. Their proper use needs trained people who can make educated predications to identify mechanical failures.

The resilience of the mechanical interactions between the mechanical components and subassemblies inside an escalator depends on the criticality of their mechanical interaction. Like any complicated network, these critical components/subassemblies can act like nodes. Failures in critical individual nodes can cause catastrophic failure in the whole mechanical system, causing the escalator to be taken out of service. The tipping point develops when small events cause minor problems in the critical nodes. These minor issues balloon over time to major disruptions because they are difficult to detect by either the maintenance team or the escalator self-monitoring system.

An invention like the smart step[2 & 3] can solve all the problems mentioned above at once. The natural operation of the smart step is that it scans many of these critical nodes within a few cycles of escalator operation. We have come up with a technique derived from the chaos and complex systems theory to process the data from the smart step.[1 & 4] It deals with translating the data as if they are generated from a nonlinear system. The interactions between the components and subassemblies make them behave in a nonlinear way. Our technique uses Df as a quantitative value to characterize the operational performance of an escalator. We presented the potential of an interesting relationship between Df and the stress level in an escalator step band.[4] The values of Df are used to show the effect of passenger loading on measured data from the smart step. It showed that passengers created more peaks and troughs in the spectrum of the measurements, causing the
values of Df to increase. In another study, we divided the overall complex spectrum into individual regions inside the escalator.

This proved that the overall Df for an escalator is the mathematical sum of the Df values of the individual regions.[5]

Like our previous studies,[1 & 4] Df was determined using the scaling step technique. The technique has also been used by other authors in various applications.[6-11]

The smart step in this study has two strain gauges, mounted at critical components on the step. The criticality and sensitivity of the components in the step to the mechanical loadings and to the generated stress levels in the step was assessed by conducting various finite element analysis simulation loading scenarios onto it.

The smart step was run for short periods of time in two escalators, A and B. Figures 1-4 show the traces for the data obtained from the two strain gauges after running the smart step in escalator A, then B. The runs were done when the escalators were free of passenger loading. Figures 9-12 show the estimated Df values for the complete traces of strain gauges 1 and 2. The estimated values are tabulated in Table 1.

Visual examination was conducted on both escalators to determine the reason for the differences in the data. It was found that the loading-relieving ramps on the return side of escalator A were completely out of alignment.

The consequences of these findings are high stress levels recorded by strain gauge 1 and high roughness in the traces of escalator A, compared to those from escalator B. This behavior has been quantified using the values of the fractal dimension concept. The Df values from running the smart step in escalator A are higher than the Df values of the traces, which have been obtained from running the smart step in escalator B. Table 1 shows how both gauges 1 and 2 produced exactly the same Df for escalator B. 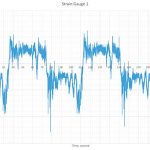 Figure 1: The overall trace for strain gauge 1 after running the smart step in escalator A 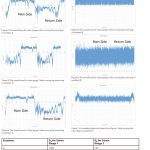 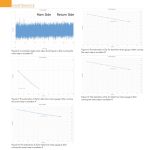 Chief engineer for Tube Lines Specialist Services. He has worked for the University of Manchester Institute of Science and Technology (UMIST), Brunel University, Oxford University and the industry. He was a materials scientist for Cookson Group, design engineer for ABB and senior design engineer for Olympus the Hydronix. He holds a PhD from UMIST and has published papers for various industries, including vertical transportation.

Optimization of Elevator Dispatching by Using Genetic Algorithm in Python