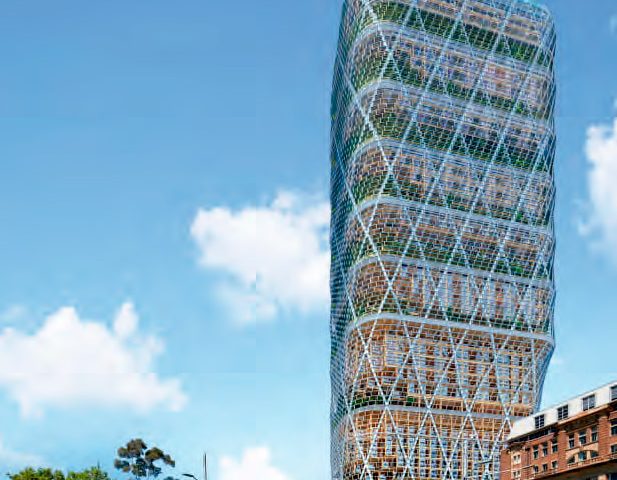 In the wake of high-profile failures at two multistory residential buildings in Sydney, regulators in New South Wales (NSW) have been granted new powers to hold developers accountable for their projects, The Urban Developer reported in June. Earlier in the month, the NSW government approved two bills: the Design and Building Practitioners Bill 2020 and the Residential Apartment Buildings (Compliance and Enforcement Powers) Bill 2020. The bills provide regulatory framework in support of a government construction reform package. A chief provision is the empowerment of the secretary of the Department of Customer Service to order the correction of “serious defects” in residential apartment buildings, which will be overseen by the NSW building commissioner. Developers whose failure to comply with building codes results in uninhabitability or those who use banned products, will be held accountable. In addition, owners will be able to claim damages against contractors, subcontractors, manufacturers, suppliers and consultants. The new regulations were prompted by reports of problems at Opal Tower, which developed cracks blamed on, among other things, substandard materials, and at Mascot Towers, which began sinking, requiring expensive repairs that have left unit owners liable for the cost. Many units at both buildings had to be evacuated for safety reasons.

The New South Wales (NSW) government has approved Lendlease’s AUD1.2-billion (US$834-million) plan to build a 42-plus-story commercial tower over the future Victoria Cross metro station in North Sydney’s CBD, The Urban Developer reported in July. Being done in partnership with the Sydney Metro, the project will provide space for up to 7,000 office workers and retail within 56,000 m2. Also on the drawing board are a community hub and pedestrian link between the station and Denison Street. With tunneling complete, station construction is set to start in early 2021. The tower is one of 19 “shovel-ready” projects in the works in NSW.

Software company Atlassian is planning a new, 40-story headquarters that will be the world’s tallest hybrid timber building, CNN reported in June. Design studio BVN and NYC-based SHoP Architects have been commissioned to build the timber, steel and glass structure. It will feature natural ventilation and large, landscaped terraces. The hybrid design will reduce the construction carbon footprint by up to 50%, and the structure is designed to use 50% less energy than a convnentional building. It will be outfitted with solar panels and be 100% powered by renewable energy sources. With a steel exoskeleton and mass timber construction, the building, in Sydney’s Innovation and Technology Precinct, will house 4,000 Atlassian employees. Completion is targeted for 2025.

Pair of Towers With Riverwalk Planned in CBD

Dexus, a developer with more than AUD11 billion (US$7.59 billion) in projects in the works across Australia, hopes to start construction on Waterfront Brisbane at 45 Eagle Street in Brisbane’s CBD in 2022. It will boast 49- and 43-story commercial towers and a riverwalk, The Urban Developer reported in June. The AUD2.1-billion (US$1.45-billion) plan is set to unfold on a 9,000-m2 site that would also house four levels of underground parking, riverfront dining, public plazas and a ferry terminal. Phase one consists of the taller, north tower, the riverwalk and other public areas, and aims for a 2026 completion. Phase two would be the shorter, south tower.

Developer Cbus Property selected a design for a proposed 37-story office tower at 205 North Quay that Cbus CEO Adrian Pozzo said will be a “holistic workplace with well-being its core priority,” The Urban Developer reported in July. With impacts of the COVID-19 pandemic placing an increased emphasis on mental and physical health, the tower will have a whole floor dedicated to wellness, with a 25-m-long lap pool, childcare facilities and public auditorium. There will be outdoor terraces on every level. The design is by a trio of firms: New York-based REX, Australia-founded global outfit Hassell and Brisbane-based Richards & Spence. That team beat out three other firms on the shortlist that included Skidmore, Owings & Merrill. If all goes as planned, construction could wrap up in 2023.

Maple Development Group won approval to build 30- and 35-story mixed-use towers in the Quay Street precinct overlooking the Brisbane River The Urban Developer reported in June. The Beijing-backed developer aims to start construction in early 2021 on the AUD200-million (US$137-million) project, which includes 168 apartments, offices and retail, as well as restoration of the 1800s-built Davidson’s Residence. The site spans 57 Coronation Drive, 58-66 Quay Street and 15 Exford Street. Urban planner Urbis led a team that persuaded the Brisbane City Council to allow the development, which exceeds the city’s height limit of 20 stories.

The Victoria Planning Authority has given a green light for developers to build towers up to 40 stories tall in Arden, a decision it said would “redefine the skyline” of Melbourne, The Urban Developer reported in June. The plan will allow the construction of homes for 15,000 new residents and create 34,000 jobs in the Melbourne suburb. Zones would allow midrise (seven to 15 stories) and high-rise (16 stories and up) buildings, along with some low-rise structures. The plan encompasses 50 ha of land, centered around the Melbourne Metro Tunnel project’s new Arden Station, to be developed by 2050. “This brand-new precinct will be serviced by three train stations, with the Metro tunnel connecting it to the city, Parkville and the western suburbs,” said Jacinta Allan, Minister for Transport Infrastructure. The suburb is home to several large industrial sites with smaller residential pockets. The Victoria government is a major landholder in the area.

By Dave Mann and Calvin Linde

A modernization, a building boom and a meeting