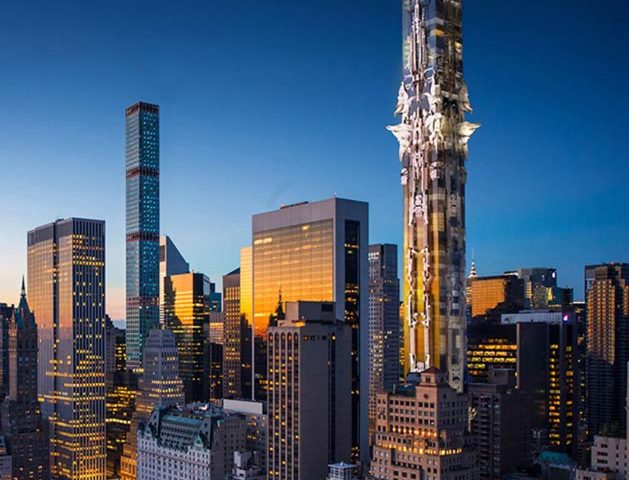 The NYC Department of Buildings (DOB) indicates that planning is underway for a mixed-use, 1,100-ft-tall tower at 41-47 West 57th Street, New York YIMBY reported. The development applicant, BOB 57, LLC, is proposing a 63-story supertall with just under 443,100 ft2 of newly built space, about 237,100 ft2 of which would be devoted to 119 residential units. Another 205,100 ft2 is on the drawing board for a 158-room hotel, and the project would include a restaurant. The building’s projected height would easily include it among the supertalls of Billionaires’ Row. Construction is expected to take four years, with a suggestion that it will be completed in 2026; however, there has been no public disclosure of an architect or official renderings. The site was earlier suggested for a supertall carrying a whimsical architectural design named after “The Khaleesi,” a character from the popular television series “Game of Thrones.” Reports of the newest project make no mention of a connection to that previous proposal.