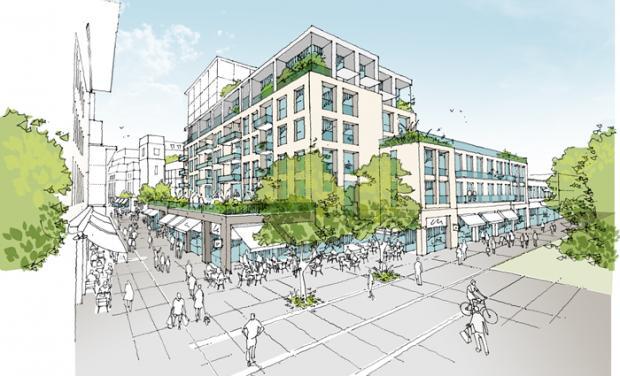 Developer Ariel Real Estate is proposing to partly demolish the Walnuts Shopping Centre on High Street in Orpington, London, and build in its place residential units to be spread across 19-story and 24-story buildings, along with 1,000 flats. The redevelopment would transform the town center, but a petition, already signed by 500 people, claims the developer is failing to consider the opinions of nearby residents who object to the “sheer size and scale” of the proposals, News Shopper reports. Ariel Real Estate is leading the project on behalf of global investment company Tikehau Capital. According to the developer’s application for an environmental assessment, part of the existing buildings would be retained, and the existing multi-story car park would be extended. Two smaller buildings, in addition to the tower blocks, would also be built. The total mixed-use development would create 100,000 m2 of floorspace across residential units, leisure, office space and parking, together with “new and enhanced public realm, access and connectivity across the site.” The plans remain at a relatively early stage.