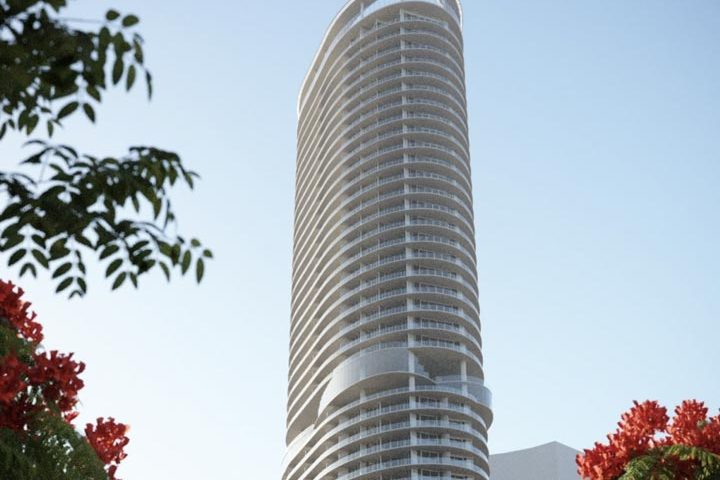 Developers Terra Group and GFO Investments have started sales on their upcoming condo tower named Five Park, a 48-story skyscraper that will soon hold the title of the tallest building in Miami Beach, Florida YIMBY reports. Designed by Arquitectonica, with Gabellini Sheppard handling interiors, the development will yield 278 residences and nearly 40,000 ft2 of amenities and is anticipated to rise 519 ft over the entrance to South Beach. The developers recently announced the closing of a US$345-million construction loan from Blackstone and Apollo Global Management, which cleared the way for the rise of Five Park. Ninety-eight condos will have private elevator access, floor-to-ceiling glass windows and sliding doors with amenities such as a pool deck and clubhouse, co-working spaces, charging stations for electric vehicles, a fitness center and spa with treatment rooms, and a pool bar with café. The source reports that groundbreaking has already occurred, and foundation work is underway. The reinforced concrete superstructure should go vertical soon, and completion is scheduled for 2023.