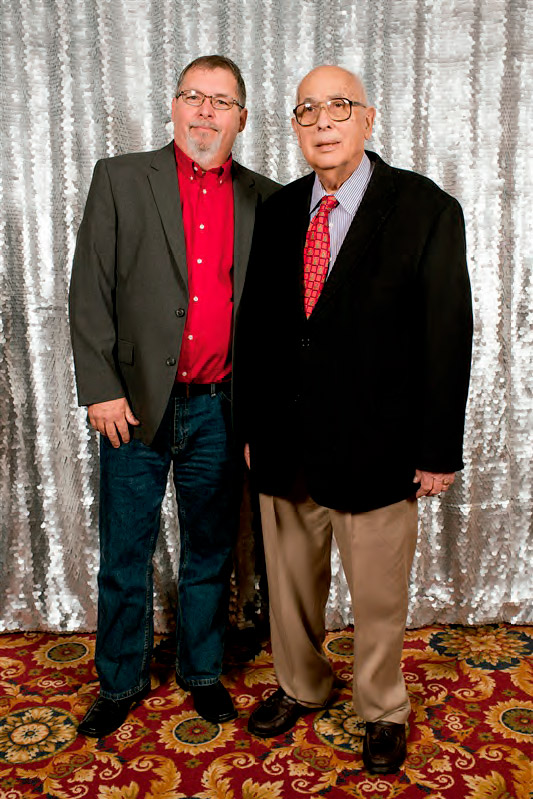 DEI employees “gather” to honor Jim McKinley upon his retirement.

Employees of Delaware Elevator, Inc. (DEI), headquartered in Salisbury, Maryland, gathered in person and over Zoom recently to celebrate the retirement of Jim McKinley (affectionately known as “Mr. Jim”) after 60 years in the industry. Through the years, McKinley has been a mentor and father figure to many DEI employees, including President Pete Meeks, who said:

“There is no one else like him. Jim McKinley is a wealth of knowledge and one of the key team members and mentors I have always turned to throughout the years. I can always depend on him to answer my calls and find solutions. No matter what time of day or night or how complicated the issue may be, he always has the answer.”

Joining the retirement party from far and wide were family members, coworkers and friends who all had something to say about McKinley. Reflecting on his history and expansive career brought out tears, laughter and many memories

While living in Georgia as a young man, McKinley started at Turnbull Elevator and Southeastern Elevator. He joined the team at DEI in the early 1970s after being hired by Pete Meeks’ father, Charles Meeks, Sr., DEI founder. McKinley left DEI in the mid-1970s to pursue careers with both U.S. Elevator and American Elevator but eventually returned to DEI as the company expanded in the late 1980s. He later continued his career in the industry, running his own business as a qualified inspector and training many more industry professionals along the way. Prior to retirement, McKinley served as senior vice president at DEI.

“No matter what time of day or night or how complicated the issue may be, he always has the answer.”
— Delaware Elevator President Pete Meeks

It is impossible to fully articulate McKinley’s impact on DEI and its employees. The anecdotes offered here barely scratch the surface of the contributions he has made. He spent time overseeing hundreds of employees as a technician, branch manager, construction and modernization manager, vice president and inspector. You name it, he has done it. McKinley also contributed to an array of National Association of Elevator Contractors initiatives and events.

Speaking with some of the employees McKinley oversaw during his career, it became clear that he was firm and challenging to technicians throughout their training. He also believed that, although the landscape of our industry has changed due to technology, nothing compares to the knowledge of a well-trained technician (a philosophy the team at DEI shares). McKinley was also a part of DEI’s expansion into manufacturing and was integral to the development of that division over the past 20 years.

Fred Harris, a longtime friend and colleague, said, “My life changed when [McKinley] offered me a position as an adjustor at Delaware Elevator. He gave me an opportunity to grow in my career at DEI.” Harris is still an integral team member at DEI’s Florida division. He went on to say:

“Without [McKinley’s] shared knowledge, patience and dedication, who knows where I would be today? I truly appreciate having had him as a mentor throughout the years and have nothing but the utmost respect for him as a person; coworker; educator; leader and, most of all, a friend.”

The DEI family agrees, and extends its sincere appreciation to McKinley for his years of faithful and effective service to the company. As McKinley moves forward into retirement, the company wishes him the absolute best. He knows its employees will still call him when a tricky elevator situation arises.