From R & D to Application 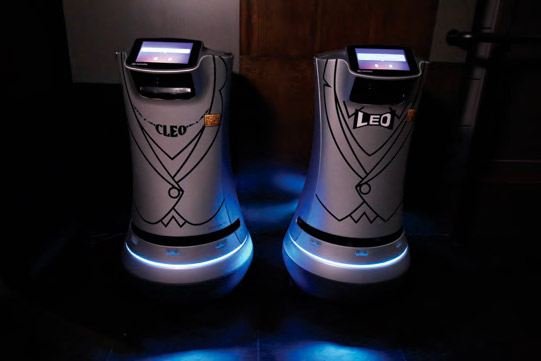 Roadmap used by KONE for its DX line of elevators offers guidelines for the process.

KONE’s DX — “Digital Experience” — elevators, available since January 2020 (ELEVATOR WORLD, February 2020), contribute to digital buildings and are available in three models, serving from low-rise to very tall buildings. Through their digital capabilities, they offer the use of colors, materials and light in different ways. KONE’s cloud-based digital platform connects elevators via an open application programming interface (API) to KONE and third-party devices and applications, such as robots, voice assistants, building controls and apps, and electric doors and gates.

R&D for Elevators and Building Services

KONE corporate headquarters are in Helsinki, Finland, which is also home to the company’s main R&D and information –technology (IT) facility, which manages eight global research centers. Maciej Kranz, who has a background in IT (formerly with Cisco Systems), has been leading R&D at KONE since summer 2019. Highlighting the importance of digitization for KONE’s future product line, Kranz also holds a seat on the company’s executive board.

KONE in Germany has its headquarters in Hanover and more than 50 subsidiaries throughout the country. KONE Academy, also in Hanover, is a training center for the elevator industry, training about 7,000 attendees per year. The facility comprises two training shops with more than 2,000 m2, plus classrooms for theory and practice. Markus Klewer, who has headed the academy for 14 years, noted that digitization has long been the company’s R&D focus. “KONE’s approach is to collect all elevator data and to share these data openly with their customers, in contrast to many proprietary solutions in a rather conservative industry,” Klewer said. (For more of Klewer’s thoughts, see sidebar.)

KONE DX brings multiple capabilities to buildings in which it is installed:

Several projects in Germany and the U.S. are demonstrating the capabilities of DX.

Cube Berlin is a smart office building completed in February. KONE supplied seven elevators (six passenger, one goods, with predictive servicing) and a separation (access-control) system that can both limit building access to authorized people and control the number of people who can access the elevators. The elevator, control and separation systems merge with the building services in the so-called “Cube Brain,” a digital platform with open interfaces that enables the integration of the elevators into the building control and app. In practical terms, this means the smartphone is the user’s ID card that allows access to the building. Users automatically call the elevator when they pass the separation system. At the same time, users are registered in the building via Bluetooth. Users select their preferred floor via the building app. If they have guests, they can send an invitation to their smartphones to allow them access.

Independent navigation through a building is often a difficult task for blind or visually impaired people. KONE helped develop a system that allows the more than 200 visually impaired BFW Wuerzburg students to use the campus building’s elevator without assistance. A campus renovation, completed in 2019, included replacement of the old elevator with a new one from KONE. Special Bluetooth beacons were installed to identify a person’s location, enabling automatic elevator calls. This was achieved by integrating the smartphone accessibility guidance application through the elevator’s APIs, which allows the app and elevator to communicate. Thus, the visually impaired user can then receive audio guidance through the building.

Guests at the EMC2 Hotel in Chicago who seek special service, such as the delivery of items to their rooms, are introduced to Leo and Cleo, a pair of service robots that, thanks to the KONE digital platform, can find their way around the hotel and even operate the elevators.

Two planned projects in Germany offer a view into the near future of DX elevators.

Beginning in 2021, the seven floors of the building, which houses 82 condominiums, offices and retail outlets, will be served by six KONE elevators for people and goods. The KONE Residential Flow digital access solution is planned as an alternative to the traditional intercom system. When the front door is opened, the elevator will automatically arrive, already knowing the resident’s destination floor. An additional feature is planned: using a card with a radio-frequency identification chip, residents will also be able to open their condo doors.

In December 2019, KONE entered into a framework agreement with a real estate company for 230 high-tech elevators with predictive servicing. The systems are to be integrated via the digital platform into new smart office and hotel buildings in Germany and Austria. The office campus Neuer Kanzlerplatz in Bonn is the first project, set to be realized by 2022. Three buildings totaling 66,000 m2 (710,420 ft2) of floor space, including a 28-story high rise, make up the office campus. KONE will install 28 elevators linked to its 24/7 Connect service solution.

Your author (USB) recently posed some questions to Markus Klewer (MK) head of KONE Academy in Hanover, Germany, about the training center’s role in the company’s R&D efforts.

USB: How is the academy embedded in KONE’s R&D projects?

MK: Germany is a large contributor to R&D. We at the KONE Academy are constantly supporting work on one or two ongoing R&D projects. The academy is approached — typical for KONE — informally through personal networks. Last year, we had R&D engineers from Finland visiting us.

USB: Which human resources can you access in the academy for such tasks?

MK: We have only four permanent employees onsite in Hanover, but we also assign around 75 active staff members to work for us 20-30 days a year with a focus on technology. They come, for example, from KONE’s engineering department or are freelance trainers. In addition, there are guests and business partners from the fields of technology, information technology and management who use our academy for their own purposes.

USB: Could you give an example of the resulting contributions?

MK: The trainers come together and create new ideas for groundbreaking solutions. This was the case, for example, with German standard VDI 4707 Lifts-Energy Efficiency. We sent the results to Finland for Group R&D, and then they were implemented. I also have a current example: here in Hanover, we have just completed the risk assessment for a new servicing method. We are proud that the academy is the stage for this.

USB: If you are involved in R&D projects, you surely have the latest technology installed?

MK: Of course. We keep all KONE products available on the market in-house. But, other major manufacturers are also represented extensively so that the training courses can cover all technical aspects. Twelve training elevators are provided, doors and gates, simulators and nine escalators. By the way, we also use this equipment for complimentary safety training for children. Children learn how to swim, ride a bike and go through traffic lights. But how do they safely use an escalator? Here, they can experience and learn in a playful way.

USB: What is your association with the new DX elevators?

MK: We have contributed to the project for about two years. The technology was installed at the academy in October 2019; it was on the market in January. We were particularly involved in the planning and initial tests for the Cube at Berlin because this was a German — not a Finnish — project. Due to the access of further potential customers to the technical information and first operating experiences, it is still attached to the German architect.

USB: On what are you currently cooperating?

MK: We are refining the target call via mobile phone. This solution is attracting great interest for hygienic reasons. Only, we cannot yet spread it as far as desired and needed, because there are still too few DX elevators on the scene. There is also suddenly a great interest in antibacterial handrails. Before the coronavirus, these were only “costs.”

USB: How will KONE Academy develop?

MK: Every year will deliver new technology to us. The existing webinars will be further expanded, even if hands-on experience cannot be replaced in all cases. Further applications for DX lifts are being planned and integrated into new projects. Since March, we have been working on a new plan for the academy, as the world has changed.

Owner of ProEconomy, a Luebeck-Travemuende, Germany-based engineering office through which she works as a coach and consultant for management and marketing mainly in energy and building services. From 2008 until 2013, she was the managing director of VFA-Interlift e.V. in Hamburg, Germany. She studied Mechanical Engineering at Ruhr-University Bochum, Germany, and, immediately after graduation, worked as an energy consultant for ERPAG in Lugano, Switzerland, and Campione, Italy. Prior to joining VFA-Interlift, Stricker-Berghoff worked for VDI, the Association of German Engineers in Duesseldorf, Germany, as secretary for Building Services, and was in charge of the VDI-Standards department. She also served one term as director general for the Luebeck Chamber of Commerce and Industry. She has operated ProEconomy since 2005.

Cities and the People Who Inhabit Them

A Blast from the Past

Use of Elevators During Emergencies