New testing methods have an array of benefits that can be phased in according to area/regional readiness.

by Tim Ebeling and Kevin Heling

Electronic testing methods available in North America, supported by the ASME A17.1/CSA B44 Safety Code for Elevators and Escalators, are further improving the safety of elevators in the U.S. and Canada.

The first opportunity for using electronic, detailed and more complete testing methods in North America began in 2013 when A17.1/B44 introduced positive support for the idea and the allowance of “alternative testing.” Elevators are recognized as the world’s safest means of public transportation. This has been supported by high-quality design, specific standards during fabrication and tests carried out at regular intervals to make sure accidents caused by technical failures continue to be practically nonexistent. One- and five-year category testing intervals (CAT1 and CAT5) guarantee safety for elevator passengers, operators and manufacturers. What is tested and exactly how it is tested are now understood to be the greater concerns. This article explains the ways electronic testing brings further improvement and an even stronger assurance of continuing safety.

Measurement and testing using electronic means are far superior to legacy test methods. Legacy tests are rudimentary and result simply in a filled-out checklist. Electronic means of testing replaces that process with full test records that are time and date stamped and show discrete numbers. This more effectively confirms that the test was done, while data and graphs show specifics of the test and some precise performance dimensions. Electronic testing provides measured elevator performance data. This includes stopping forces for safeties, machine brakes and emergency brakes; measured traction; and the actual retardation the final buffer(s) can provide. Now, there are real numbers for an engineered measurement of performance for every elevator tested and a baseline for performance and wear comparison when subsequent (either CAT1 or CAT5) tests are done in following years.

Advantages of electronic testing using a system designed and engineered according to requirements in the standard (here, the Henning Testing Systems GmbH ELVI 2) include the following:

More precise actual weights are needed to permit valid calculation of the expected action of the safeties in the event of an emergency (a car in free fall or a critical emergency stop).

elevator safeties, the system is also able to evaluate friction, the machine brake and counterweight and car weight, then produce a separate load balance report. Individual rope tensions are measured, too, and can be adjusted separately after the CAT5 test. This step protects suspension ropes, traction sheaves and deflection pulleys against wear, further improves overall equipment and public safety and minimizes unnecessary future expenses.

Load testing is not needed or necessary to evaluate an elevator’s mechanical, electrical or electronic safety capabilities. The overall testing procedure with ELVI 2 is usually completed in less than a couple of hours (after the user has been trained and achieved testing proficiency). An elevator technician with basic understanding of conducting emergency stops and some training in using this testing system is, basically, what is required.

The exact weights of the car and counterweight are important for the evaluation of the safety of an elevator system. Experience has shown that the onsite documented weight measurements are often inaccurate, especially for modernized elevator systems and systems under an extended maintenance period. This is also sometimes the case with new systems. Incorrect input figures will calculate potentially unreliable and dangerous results. There are cases in which the full load test is, thus, giving inaccurate test results (passing slide lengths that should not pass).
More precise actual weights are needed to permit valid calculation of the expected action of the safeties in the event of an emergency (a car in free fall or a critical emergency stop). This will become of further importance in standards if the industry moves toward developing and using brake-type safeties.

The time of recurring elevator inspections that require literally tons of weights to be hauled is coming to a logical limit in terms of engineering and the requirements of physics.

Checking the efficiency of safeties without using known and correct weights involves a major risk with respect to the test statement, since the effective brake (holdback) force of the counterweight is unknown. The amount of this influence is unknown when performing a safeties test using weight carts. In the worst case (losing the suspension means and, therefore, the supporting force, from the counterweight), it might be that a successfully CAT5-tested car (using test weights) will not come to a stop with broken suspension means.

For passenger elevators and all freight elevators, the driving machine brake shall be tested in the following three situations:

The third situation is interesting. A few years ago, the two conditions mentioned were almost equivalent. Physically, they are about equivalent if the counterweight compensation is 50%. (The counterweight is heavier than the empty car by half of the rated load). Nowadays, however, elevators are already being built with a counterbalance of 35-50%. Existing systems, especially after modernization, also often no longer have the 40-50% that was commonly specified in construction. As with the safeties, knowing the exact weight of the counterweight and empty cabin is very important here.

ELVI 2 is able to determine the dynamic braking force of the braking system from the decelerations of an emergency braking process with the machine brake in the upward direction from rated speed, together with the previously measured counterweight and cabin masses.

A dynamic braking force of 3,340 lbf was measured in the test with the alternative testing system (emergency braking with empty car upward). This is much higher than the forces required to meet the conditions from situations 1 and 2. This brake will safely hold both the empty car and the 125% overloaded car. Importantly, it does not meet the requirements of A17.1/B44: in an emergency with an overloaded car, the car would not come to a stop (negative expected deceleration; see red marked line in Figure 1).

Following the brake’s adjustment, the test was repeated (Figure 2). The alternative test system now measures a significantly higher deceleration in the upward direction of 0.22 G, instead of 0.13 G with the brake not adjusted during the test with an empty cabin. If this elevator would be overloaded with 125% and performed emergency braking from the nominal speed, it would still decelerate with 0.05 G and come to a standstill after 9.9 ft. The elevator can now be operated safely with the adjusted machine brake.

The time of recurring elevator inspections that require literally tons of weights to be hauled is coming to a logical limit in terms of engineering and the requirements of physics. The elevator maintenance company saves valuable time and money, the coordination of deadlines is easier, and, more importantly, damages caused during testing are minimized. A17.1/B44 is expected to continue the requirement of full load testing at acceptance. The testing of elevators without using test weights is now established in the world market for recurrent inspections.

As far back as 2003, Henning presented an intelligent testing system that has been widely distributed across Europe. It is also now in use in Canada and the U.S. — aligning with code and AHJs with growing market acceptance. ELVI 2, with its patented measuring methods, allows an effective and equipment-sparing test process that can be carried out at better levels of safety. All its components and testing sequences have been independently validated by Zentrum für Förder- und Aufzugstechnik Rosswein. Testing in accordance with all A17.1/B44 requirements has been validated in a report by Liftinstituut. Since the standard made reference to benchmarking or establishing a baseline in comparison to longstanding (and the now known to be deficient) method of full-load testing, Henning also contracted with Liftinstituut, acting as an Accredited Elevator/Escalator Certification Organization, to complete an A17.7 Performance Certification. This covered the baseline issue.

Systems are available that allow elevators to be tested more accurately and efficiently without weights. This has been presented and discussed in North America at industry events since 2012. Prior to that, an article in ELEVATOR WORLD on this topic appeared in 2010. What matters is correct detection of all influencing factors in carrying out a proper calculation of a “loaded” elevator test result. A major factor is the influence of the counterweight at the exact instant the safeties are engaged. Patented methods and sensors of the Henning ELVI system allow elevator safeties to be evaluated with a non-destructive and better test process. Adding masses of weight to the car only further stresses people conducting the test and the elevator equipment being checked. It also causes unnecessary wear and tear to the car and system. 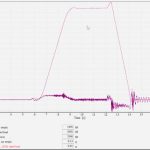 Figure 1: Decelerations (purple) and speed (pink) during an emergency braking situation in up direction from rated speed 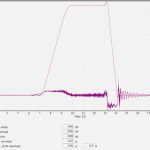 Figure 2: Repeated test after adjustment of the brake

Has been employed as head of development with Henning GmbH & Co. KG since 2003. In this capacity, he established the R&D center in Braunschweig, Germany. A team of employees is now working there on the development and production of electronic and measurement components for lifts. Since 2012, he has also been managing director. A particular focus of his is measurement technology, an area with which he has many years of experience developing acceleration and rope-load measuring systems.

Kevin Heling is specialty products director for Wurtec, where he focuses on specialty and technical products. He has worked for elevator component suppliers and actively supported the elevator industry for almost 35 years. He has an MS in Industrial Relations and a BA in Journalism, both from the University of Wisconsin. Heling has manufactured elevator ropes for governor, hoist and general traction applications; traveling and flexible/stationary cables; and related electrical installation components. Active with ASME, he is now also learning about elevator industry codes and standards.