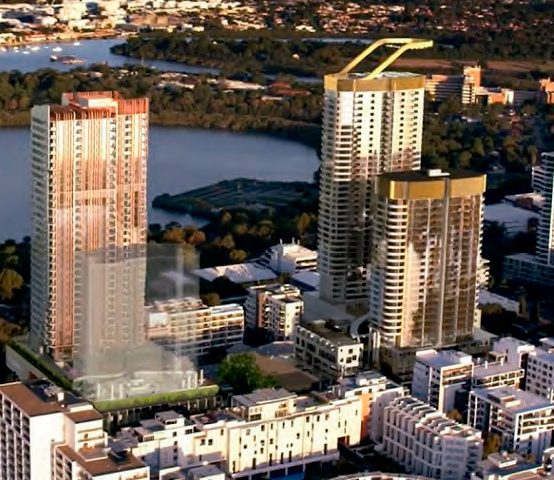 A September ceremony marked the topping out of Greenland Centre Sydney (ELEVATOR WORLD, September 2017), a 68-story mixed-use skyscraper overlooking the city’s iconic harbor and evolving CBD, the Council on Tall Buildings and Urban Habitat (CTBUH) reported. The 245-m-tall tower, developed by Greenland Australia and designed by architecture firm BVN, includes vertical transportation by KONE. The building will hold 479 39-265-m2 apartments, plus a 674-m2 penthouse. The bottom five floors, comprising 2,000 m2, will house the AUD25-million (US$18-million) City of Sydney Creative Hub, an arts-oriented facility that will offer soundproof music rehearsal rooms, editing suites for filmmakers and studios for visual artists. Meanwhile, apartment residents will have access to a slate of amenities, including a 30-m indoor/outdoor pool, steam room, sauna, spa, multifunction room and outdoor sundeck. Construction firm Probuild will now concentrate on the final façade installations and completion of internal fit-out in preparation for an early 2021 opening.

Shenzhen, China, developer Han’s Group has revealed expanded plans for twin 80-story skyscrapers in the CBD, after acquiring two new sites on Liverpool Street, The Urban Developer reported in July. The new plan adds 13 stories to the original design. If approved, the towers will be five stories taller than One Barangaroo and about the same height as Mirvac and Coombes’ recently approved 80-story skyscraper on George Street. The AUD727-million (US$516-million) project would add 84,717 m2 of gross floor area. The plan calls for 592 apartments, a 158-key hotel and 5,000 m2 of retail. The towers would be joined by a sky-bridge at levels 36 and 38.

New South Wales (NSW) government planners have unveiled plans to build Rhodes, a Sydney suburb, into a high-rise region that will gain 4,260 new residential units, The Urban Developer reported in September. The Rhodes Place Strategy, put forth by the NSW Department of Planning, foresees towers ranging from 25 to 45 stories immediately to the west of the train station in the waterfront community. One project, by Billbergia, is already under construction. The AUD350-million (US$255-million) development includes two towers, of 28 and 39 stories, at 10 Walker Street, bringing 688 apartments. A third tower, estimated at AUD250 million (US$182 million), has been approved for 34 Walker Street, but construction has yet to commence. Under the plan, Billbergia could scale this building up to 45 stories. Meanwhile, sites to the east of the station are expected to hold towers ranging from 25 to 37 stories. The Rhodes Place Strategy calls for 22,950 m2 of new public space and new infrastructure that could include a new primary school, 200 affordable residences, a large public park and pedestrian promenade and improvements to the train station.

Tower Atop Transit Hall Tops Out in CBD

A 134-m-tall office tower, the centerpiece of a AUD2-billion (US$1.6-billion) project in the CBD, has topped out, The Urban Developer reported in August. The tower, developed by Brookfield Properties and designed by Architectus and Make Architects, includes 59,000 m2 of office space atop a new transit hall across from the Wynyard train station. The 27-level building, being constructed by Multiplex, will include 7,000 m2 of high-end retail, and the project incorporates the historic Shell House and its iconic clock tower. Architectus CEO Ray Brown said the entire site is now connected, with the public-transportation interface and retail amenities being transformed. “The tower has been thoughtfully stitched into the fabric of the city and links to two heritage buildings, providing public access for the first time to the iconic Shell House clock tower via a rooftop restaurant and public space,” he said. Construction continued steadily through COVID-19 outbreaks. Completion is expected in 2021.

The Land of Milk and Honey

Smart Machines Are Ushering In a New Generation of Production