Home » Articles » A partnership, promotions, a factory opening and vows to change 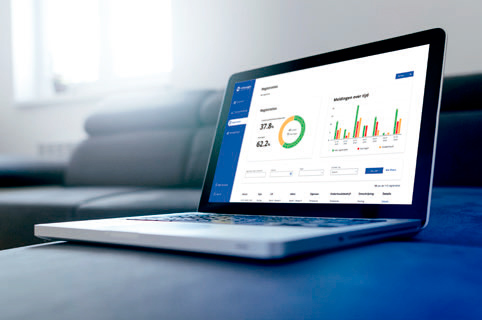 Liftmanager is the first online app to win certification from Liftinstituut.

“In addition to our existing representatives in China, Turkey and Italy, our Virgo colleagues will strengthen AFAG’s acquisition activities abroad. This new partnership between AFAG and Virgo, which will support each other in their respective home markets for both new and existing exhibitions, will create new synergies for both companies, as well as opportunities to develop new target groups.”

Gunn Consultants, a vertical-transportation (VT) consultancy with offices in Vancouver and Calgary, Canada, has promoted four associates to partner, the company announced in June. Albert Ng, P.E., QEI, joined Gunn in 2014 after a career in technical sales and management. He has worked in the Calgary branch since 2015, where he serves as office manager. Andrew Wilson, who joined Gunn in 2015, brought 35 years of VT experience, including field sales, supervision and management with Dover Elevator (now thyssenkrupp Elevator), Schindler and Fujitec Canada. He manages new construction in the Vancouver office. Sam Hamze, QEI, left Technical Safety BC (TSBC) to join Gunn in 2016. He holds a degree in Electrical Engineering and has experience as an elevator contractor, safety codes officer and safety manager at TSBC. He manages the Vancouver office’s inspections and maintenance department. Jerry Chang, P.E., PMP, QEI, joined Gunn in 2013 after graduating from the University of British Columbia with a degree in Electrical Engineering. He currently manages the modernization department in the Vancouver office.

Wittur will soon open its Global Technology Centre (GTC) in Bergamo, Italy, the company announced on August 6. Focusing on the Sematic brand, the center will house global teams from application engineering, product development, R&D and special projects. Majority owned by Bain Capital, Wittur has approximately 4,700 employees and does business in more than 50 countries. Wittur said of the GTC:

Otis Worldwide Corp. has joined the Paradigm for Parity® coalition, committing to closing the gender gap in its leadership ranks, the company announced in July. As a member of the coalition, the OEM vows to achieve a 50% level of women among its executives by 2030 and will do so by employing Paradigm for Parity’s “5-Point Action Plan.” Otis President and CEO Judy Marks participated in a virtual signing event with Sandra Beach Lin, co-chair of Paradigm for Parity. “This commitment is welcome progress for all 69,000 Otis colleagues and a major milestone for our industry,” Marks said. The company noted that women comprise one-third of its executives globally and 40% of its U.S.-based leadership.

In the announcement, Otis said it is the first vertical-transportation company to join the coalition. Paradigm for Parity describes itself as an association of “CEOs, senior executives, founders, board members and business academics who are committed to achieving a new norm in corporate leadership: one in which women and men have equal power, status and opportunity.”
“Our Commitment to Change”

On August 11, Otis CEO Judy Marks and fellow members of the executive leadership team signed “Our Commitment to Change,” an action plan first shared with the OEM’s 69,000 colleagues around the world in July. The plan lays out steps the company will take “to ensure Otis is a place where every voice feels welcome, safe and heard.” Observing that it has already made substantial progress in diversifying its executive ranks, with more than one-third of its executives women and 24% of its U.S. workforce identifying as people of color, Otis says the new plan involves committing to:

Liftinsight, a Rotterdam, Netherlands-based provider of Internet of Things (IoT) sensors and data services for the vertical-transportation industry, announced in July that Notified Body Liftinstituut has certified the company’s Liftmanager®, an online liftbook app for elevator maintenance. Under European rules, each elevator is required to have its own liftbook — a permanent record of all maintenance schedules, work, tests and so on — equivalent to a North American maintenance control program.

Regulations require the liftbook to be stored either in the elevator machine room, on the cartop or in the hoistway, but these locations usually make it impossible for the elevator (building) owner to access. Liftmanager removes this information roadblock, giving the elevator owner or future maintenance providers online access to the elevator’s complete service history. Liftmanager also secures the liftbook data from accidental loss. Liftinstituut’s certification — its first ever for an online app — indicates that Liftmanager meets all regulatory and legislative requirements for a liftbook record and its role in elevator safety.

Liftmanager can help elevator maintenance providers eliminate errors and missing data. In addition, it is designed to work with Liftinsight’s Liftboxs® and Liftboxs®-Doors IoT sensors, which can be easily installed on an existing elevator, making the online liftbook a dynamic document that can correlate the elevator’s actual usage with its maintenance record. In addition, Liftinsight will analyze the data through artificial intelligence and big data algorithms, which is then returned in the form of predictive maintenance.

Elevators for Your “Country Home”

By Dr. Albert So

A consultancy plans for the future, and towers are in the works in London.

The Importance of Call-Backs